With many K-Pop groups, it's the norm to switch up their concept and style constantly, but as fans, there is always that one concept or style that we prefer more than others. So the real question is: which concept or style suits these idol groups the best?

When TXT made their debut, they were all about the boy next door vibe, but as they mature, so have their concepts, especially with the recent release of "Good Boy Gone Bad" TXT has pulled off both the boyish charm concept and the dark, edgy concept, but which one do you think fit them the best?

Coming off fierce ever since the start, Stray Kids continues to amaze many fans with just how strong and bold they can be on stage. But with each release, although the general concept tends to stay the same, the feeling and vibes they give off are surprisingly very different, "CASE 143" gave off a more sexy and flirty vibe, whereas "God's Menu" showcased their rugged and charismatic side, but which one do you think they pulled off better?

Showcasing the epitome of one's youthful years, ENHYPEN really put their all, their blood, sweat, and tears into their debut song, and as they kept promoting as the months went on, fans will know just how mature they've now become! But what do you think? Is the youthful vibe more fitting, or is it nice to see the members mature in sound, music, and style?

"Halazia" and "Wonderland" both have very bold concepts, but whereas "Wonderland" gives a more strong and more powerful concept, "Halazia" is where ATEEZ really took dark and ferocious to a whole other level! This one is hard to choose for sure, but when it comes down to it, which one would you prefer?

You never know what to expect from (G)I-DLE, but that's what makes them such a great group! Of course, with such versatility, it's often hard to choose, but what do you think fits them the most? A concept similar to that of "Dumdi Dumdi" or showing off their girl power like in "LATATA" and "Tomboy?"

"Sneakers" showed off the peppy side of ITZY, but before that, ITZY grabbed the hearts of many fans because of their girl power, with such hits like "WANNABE" and "DALLA DALLA" and while they seamlessly pulled off both concepts, which one do you think suits them the most?

It really gets your heart racing when your favorite groups announce their return! You never know what to expect, and that's what makes K-Pop so special! 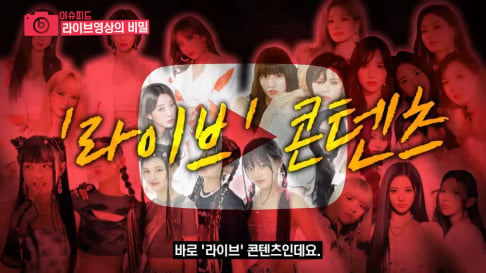 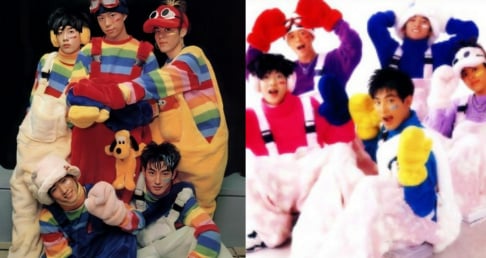 TXT can do any concept.

Stray Kids pulls off both.

Youthful Life for Enhypen, but both are pulled off well

Don't see a difference between Itzy's

I prefer the music of their Dark & Ferocious era, for Ateez

TXT can pull off any concept fr. There's no word to define them. Not only their music is good, it just makes the listener want to hear more from them. They're great.

for the gg' I'd say I prefer Everglow's concept way too much. They went from 0 to 100 really quickly. Ik they don't release songs that much often but whenever they do, they never fail to amaze everyone. I like the edgy concept more on them tho.

Kang Min Kyung releases an official statement about her father who was recently arrested
2 hours ago   6   4,036

How Korean netizens are reacting to the news that Seungri will be released from prison by the end of the week
4 hours ago   41   10,948

AKP BUZZ
Korean netizens react to news of the United States shooting down a Chinese spy balloon
22 minutes ago   6   1,282

Former Lovelyz member Jin apologizes for sharing how idols date each other on her YouTube channel
15 hours ago   43   27,110