Former entertainment reporter turned YouTuber Lee Jin Ho recently brought up the struggles that the other 11 LOONA members had to face due to the feud between Blockberry Creative and Chuu.

On December 22, Lee Jin Ho posted a video claiming that the other members are also victims of this latest controversy involving Chuu and Blockberry Creative and shed new light on the situation.

Earlier, it was reported that Chuu had been removed from LOONA due to allegations of her abusing her power and speaking abusively to staff members. Subsequently, various news outlets released Kakao message logs between Chuu and her manager, which showed that Chuu had requested that there be no waiting time when she was filming with the group.

However, many understood and sided with Chuu because of the ongoing feud between the idol and the company over unfair contract conditions. Additionally, fans defended the idol and understood that her ill feelings towards the agency were due to the many years of unfair payments.

Nevertheless, Lee Jin Ho brought to attention the disadvantages the other 11 members had to face because of this feud between Chuu and the agency. The reporter revealed a voice recording of a phone call between Chuu's mother and one Blockberry Creative representative. The phone conversation was about the music video filming for "Flip That," and Chuu's mother wanted to take Chuu home because of the delay in filming.

Due to the delay, Chuu's mother demanded that she takes Chuu home even though there was a group choreography scene left to film. Because of this, one member called the representative of the agency to let them know about this difficult situation. She told the representative, "Jiwoo (Chuu) said she's leaving...Even the jacket photoshoot, the other members only took one or two photos, and we have to film the group choreography. Now suddenly, Jiwoo said she was leaving, so it was supposed to be 12 members, but now it's going to be 11... We were told this so suddenly, and we have to follow along...it doesn't make sense so I am giving you a call."

Lee Jin Ho explains there was an issue during the filming, so the label representative gave a call to Chuu's mother asking that the group be given one more hour to film. That is when the group was able to finish filming the 16th scene with the group choreography. However, LOONA was unable to film the last group scenes for the music video because Chuu's mother had taken Chuu home.

Lee Jin Ho pointed out that the members had to face mental and physical distress because of the conflict between Chuu and Blockberry Creative. He explained that "the members seem like they were unable to say anything to Chuu in regard to the schedule because Chuu was a popular member. Additionally, Chuu's mother intervened so much that she would even point out other members' actions toward Chuu, making it more uncomfortable for the members."

He harshly criticized Chuu's mother for intervening too much, making it difficult for the other members. He brought to attention the challenges that the members had to face that the public was unable to see due to the focus on the controversy revolving around Chuu. 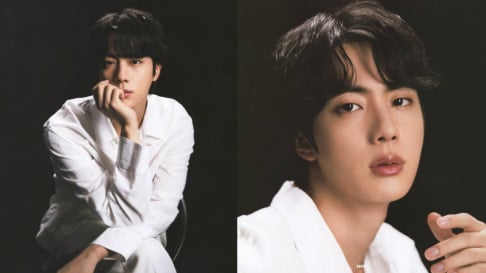 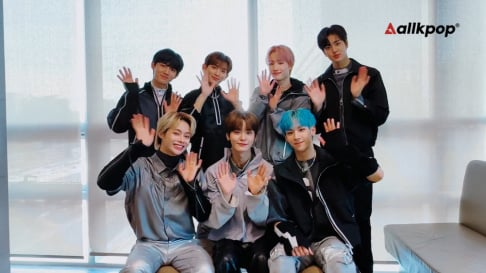 [INTERVIEW] TEMPEST talks speedy comeback with 3rd mini-album 'ON and ON,' 'Rookie of the Year' award, shares high-flying dreams like a dragon, and more

All kpop is actively posting reports in favor of BBC by being purposely ambiguous and NOT STATING ALL THE FACTS.

The title is misleading because the main subject of the story is an "ALLEGED" INSIDIOUS BEHAVIOR OF CHUU'S MOM" that allegedly brought a sort of schism inside loona members concerning mv recordings citing a "youtube reporter" as source.

This very article omitted key facts that are stated in details in the Original Dispatch's piece, which describes a completely opposite versions of events.

1. BBC never gave to chuu in advance a reasonable schedule so chuu could fulfill others obligations.

2. Chuu begged, for this situation and never was heard by bbc's staff

3. Chuu was trying to found a different source of income Because BBC IN 6 YEARS NEVER PAID ANY KIND OF SALARY TO HER

AND BECAUSE CHUU WAS INQUIRING ABOUT HER INCOMES, BBC MAKE HER SUFFER, INSULTING HER and making difficult and almost impossible that chuu could fulfill her other activities on the side.

4.the girls always sided with chuu until this very day, Hyunjin said in a concert way after ALL this allegedly "events happened"

so there you are. You are spreading plain lies allkpop. This is not a report THIS IS A PAID SPONSORED PANFLET.

So now they're trying to use the other members as a tool to manipulate people against Chuu. How do they not see how obvious they are. Because we do.

NCT's Lucas expected to resume activities after his photo with SM Entertainment's CEO and an Instagram update
22 hours ago   96   46,715

NCT's Lucas expected to resume activities after his photo with SM Entertainment's CEO and an Instagram update
22 hours ago   96   46,715