Which K-Pop group songs have been streamed the most on Melon in 2022?

On an online community forum, netizens discussed the top nine songs that were streamed the most this year on the domestic platform. (G)I-DLE led the top rank with their much-loved song "Tomboy," with IVE's "Love Dive" and Big Bang's "Still Life" following behind.

"YAY! My group is in here"
"Whoa...Big Bang"
"Hot Hot Hot"
"Hot is still hot"
"IDLE is unbeatable"
"These songs are still on my playlist, except for the Big Bang one"
"You can hear these people's songs blasting even when you enter the car of a muggle (a non-K-pop fan) lol"

"Still can't believe 'Tomboy' did not get the Daesang"
"Didn't NewJeans just release their songs in July or August??"
"Whoa NewJeans with their debut album...." 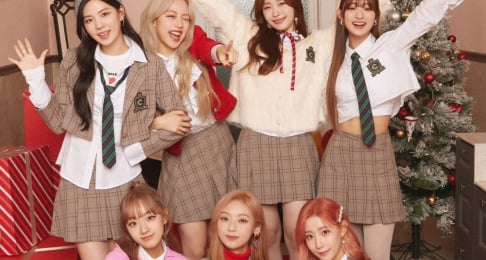 And yeah, NewJeans didn't come out until the last week of July, so they did this in just a few months.

This is Song Joong Ki and Katy Louise Saunders' future home where they will raise their first child
53 minutes ago   9   9,937

This is Song Joong Ki and Katy Louise Saunders' future home where they will raise their first child
53 minutes ago   9   9,937