(G)I-DLE's Shuhua discussed dyeing her hair for the 'Nxde' concept. She also added that member Minnie had cried because it was Shuhua's first time dyeing her hair in her life.

On October 26, Miyeon, Minnie, and Shuhua appeared on the KBS cool FM show 'Lee Ki Kwang's Gayo Square' as special guests. On this day, host Lee Ki Kwang asked, "I saw that all the members had dyed their hair. Was this Soyeon's idea?"

The members also mentioned in the behind-the-scenes video for their latest mini-album 'I Love' that this was Shuhua's first time ever to bleach her hair.

Miyeon explained, "Shuhua said that she would bleach her hair during a concert dinner. On this day, Minnie cried. This was because Shuhua values having black hair but she decided to try something new for this comeback. She cried because she was so touched."

Minnie also added, "We had dinner after the last day of the Seoul concert. And then we started to talk about our comeback and Soyeon told everyone that Shuhua will dye her hair blonde so I cried right after hearing that."

Previously, Shuhua shared her thoughts on dyeing her hair. She shared through social media back in 2019, "There were many people who ask me why I don't put on makeup, do my nails, or even dye my hair. I don't doll myself up too much, but then I make sure to look in the mirror and check if my hair is neat before going out. Because that's comfortable for me. A lot of people have different preferences and different tastes. So I respect what everyone likes. I like things natural, and I like myself to look natural." 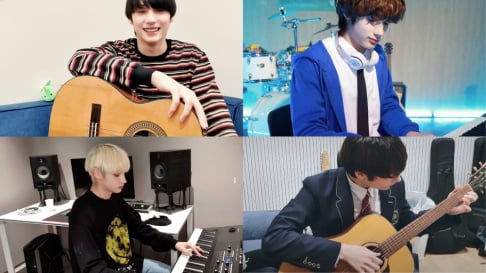 Why Hueningkai is a musical prodigy and TXT's Diamond Maknae 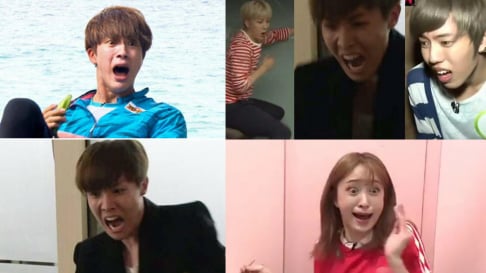 5 of the Most Scaredy Cat Idols

I've also noticed that compared to other members, she wears a lot less crop tops. So glad that everyone respects her boundaries and her preferences!

She’s been the superstar of this comeback! I love seeing her shine and I’m glad that she openly talks about her preferences and willingness to try new things without doing something she wouldn’t feel comfortable with. It also shows the girls are supportive and loving of her preferences that they were so touched she wanted to try the concept. She was made for it.

Elite company: The Girl Groups that have won the grand award on both MAMA and Melon Music Awards
6 hours ago   10   7,819