Super Junior's Heechul has been selected to be the MC of the new dating reality show 'Pink Lie,' which will premiere on Disney+.

'Pink Lie' is a love reality of young men and women who choose one lie that they never told to anyone in order to find someone who will love them as they are.

On this day, Heechul revealed that he never really watched dating shows and said, "There are a lot of dating programs, but before I thought, 'I have to worry about myself, what use is it seeing other people's relationships?' So, I didn't watch them."

He continued, "But I was told that the contestants on 'Pink Lie' will share one lie about themselves. You learn in school and from your parents, you can't stereotype people and there is no such thing as a high or low class when it comes to occupations. I thought I was a person who doesn't stereotype people so I thought this would be easy. But I didn't realize how biased I am toward people. I stereotype a lot. I really self-reflected."

Heechul continued to confess, "I was attracted to the fact that the contestants will lie, but I realize how biased I was."

Meanwhile, 'Pink Lie' will air the first episode on October 5. 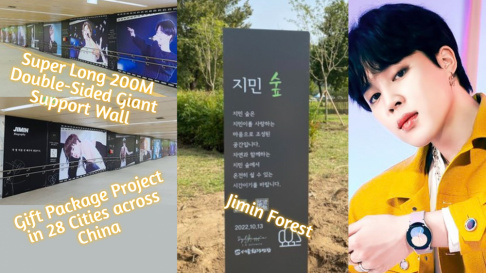 I actually like the outfit, bit avantgarde but heechul is a handsome man so that hair is really hurting my heart

Bang Si Hyuk alleged to have removed NewJeans' stylists after the group's performance at the 'Blue Dragon Film Awards'
3 hours ago   9   22,335

There's so much praise for the wonderful 4th-generation girl group collaboration performance at the 2022 MAMA Awards!
2 hours ago   12   3,540

YG Entertainment's sub-label THEBLACKLABEL to hold an audition for its first girl group
4 hours ago   19   3,669

Jung Kyung Ho candidly talks about his relationship with Sooyoung and their marriage plans
16 minutes ago   0   1,823

Actor Couples and Pairs that showcased chemistry more than once
1 hour ago   0   1,295

BlockBerry Creative states that if Chuu wishes to prove her innocence, she should be the one to provide 'evidence'
2 days ago   131   53,281