Pre-orders for Stray Kids's 7th mini album 'MAXIDENT' have surpassed a whopping 2,240,000 copies, according to JYP Entertainment on September 29!

Based on the pre-order numbers, Stray Kids are currently well on their way to earning their first 'Double Million Seller' title with their upcoming mini album. Earlier this year, Stray Kids's 6th mini album 'ODDINARY' recorded a total of 1.3 million pre-orders and then went on to sell over 1.7 million copies, also earning Stray Kids their first #1 on Billboard 200. Fans won't have to wait much longer to see what new records Stray Kids break with their 7th mini album, 'MAXIDENT'!

The group's full comeback is scheduled for October 7 12 AM EST.

Not a fan of their music style, but I can't help but be excited for their success, even as a non-fan. They are super talented and passionate about their careers, and, unlike other groups, they are open about their support for other groups :) Plus, their #1 fan is Ryan Reynolds! How cool is that!? 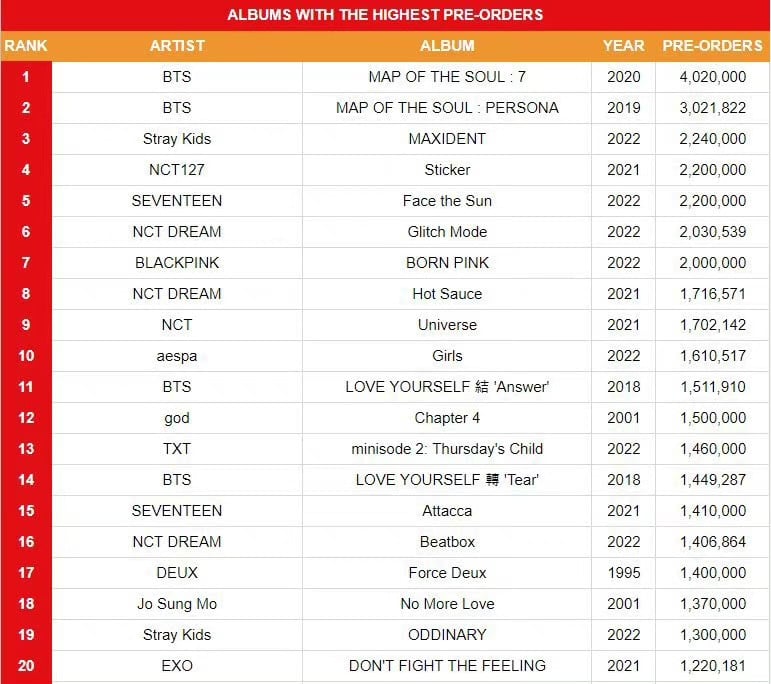 Park Soo Hong cooks a meal for kids from a foster home he's helped for 20 years, thanking them for leaving encouraging comments during his difficult times
10 hours ago   14   7,250