Move over finger hearts, because there's a trending new hand sign in town!

A particular type of peace-sign known as the "girl peace" sign, or "gya-ru" peace sign as many K-netizens are calling it, is becoming the latest trend in the K-Pop scene.

In fact, the "girl peace" sign technically isn't a new trend at all. It's a trend that's been around for a while in Japan, and is a popular hand sign held up by female students when they go visit the photo booth with their friends. (In the term "gya-ru" peace, "gya-ru" can be interpreted as a very Japanese pronunciation of the English word "girl".)

Well, the "girl peace" sign has especially become the new thing for K-Pop idols and their fans this year, and many K-netizens believe that these two 4th-generation girl group members were actually greatly responsible for popularizing it!

Both being Japanese-born K-Pop group members, IVE's Rei and Billlie's Tsuki probably naturally held up the "girl peace" sign when asked to pose for a photo.

Well, now the trend has caught on with the K-Pop scene as a whole!

Obviously, we can't forget that these two always knew how to pull it off long before the trend started /wink wink/.

Anyways, netizens are reacting to the trend with comments like, "Wow, even though it's not even a hard pose at all, the Japanese idols just look way more like they're doing it right than the Korean ones kekekekeke", "Giselle and Hikaru kekekekeke, they look like they probably grew up doing the pose all the time", "Rei does it the best TT", "I tried it at home and wow I do not look cool like them kekekekekeke", "Why do I feel like some of them are trying to poke me in the eyes kekekekekeke", and more.

So the pose that Twice’s J-line have been doing for years had a name! Funny to see it trending now lol 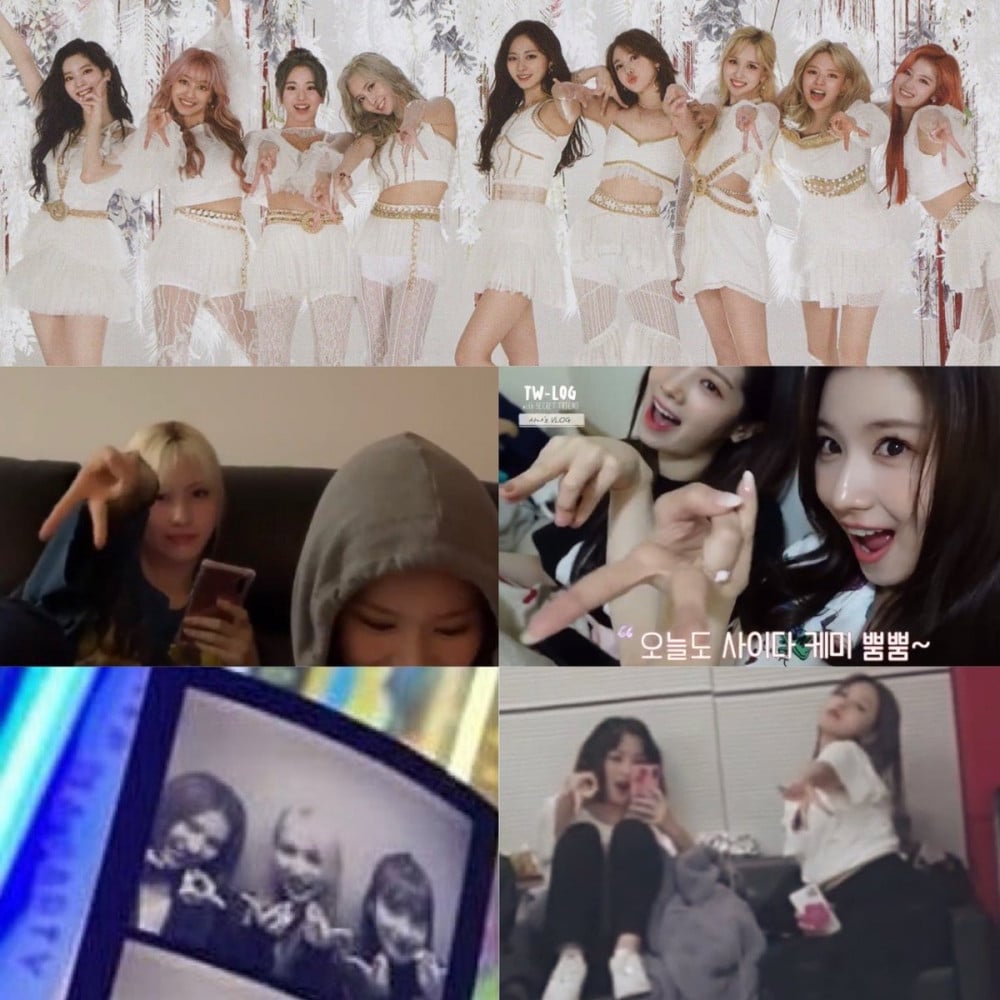 I saw some boy group members doing it and thought it was so bizarre. I was like "what gang sign is this?" 😂 The reason why the peace sign looks the way it does is because it took over the original sign, which was "V for Victory" during war time, and the hippies who were anti-war turned it into "peace" instead. But turning it upside down...do we want upside down peace during a time like this? What does that even mean? I have so many questions LOL.

HYBE rep responds to media outlet inquiries about why LE SSERAFIM member Kim Garam received 'degree 5' punishment when there was no physical violence involved
2 hours ago   58   18,107

BLACKPINK's Rosé says she misses performing on stage so she watches her group's old performances these days
1 hour ago   14   3,112

BLACKPINK's Rosé says she misses performing on stage so she watches her group's old performances these days
1 hour ago   14   3,112

HYBE rep responds to media outlet inquiries about why LE SSERAFIM member Kim Garam received 'degree 5' punishment when there was no physical violence involved
2 hours ago   58   18,107

Additional individuals are stepping up and sharing more stories about Kim Garam's bullying
11 hours ago   108   38,060