SHINee Taemin’s artistry in Kpop is so distinctive that if one was to mention the songs ~ “Danger,” “Move,” “Want,” “Criminal,” or “Advice.”  Any fan of Kpop would know the artist with ease and announce, of course, ~ Taemin!

However, this simple acknowledgment went astray by E’last’s Rano. The following post made by E’LAST Official (@ELASTofficial) on Twitter for Rano states ~ “Choreography by RANO”:

In Rano’s defense, he does announce that he was inspired by his seniors in regards to his choreography. However, Rano does not name the senior, namely Taemin, as his inspiration.  As a result, Taemin’s fans replied with tweets showing their outrage over the omission of credit to Taemin and the choreographers ~ Kasper and Koharu Sugawara.

Despite the numerous furor of tweets about Rano’s choreography, there has been no response regarding the omission of credit(s).  Taemin’s fans and the Taemin fanbase (on Twitter), namely, “Taemin Global” (@TaeminGlobal), have taken the next step to encourage fans to mass email ~ protect@smtown.com

Perhaps in the next 24-48 hours, there will be a reply made by E’last’s Rano or credit given. If not, will Taemin’s fans take this matter further?

K-Pop fans talk about being a solo stan 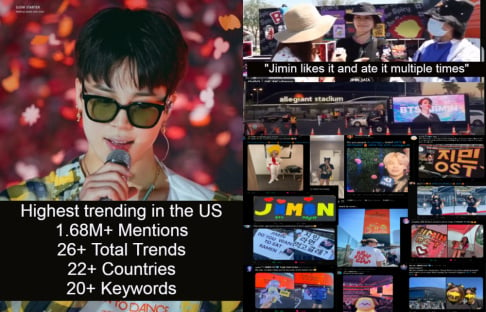 I've always been a casual listener of SHINEE but ik their worth. Taemin has always had my attention and his music, vision along with choreography makes him one of the very best. League of legends. He does things no other in "kpop" does. He is poetry in motion. Tbh you know nowadays people only mention people that have the "midus" touch if you know what I mean, gives them hype. 🙄 Still when you copy it's obvious...

I LOVE how you credited Taemin at the end by putting his solo mvs for us. He's a legend and should not be copied. As others said, nothing wrong with doing a soloist/group inspired choreo but without any credit, when 80% of it is stolen by an artist, is just wrong. The criminal side to side video was LITERALLY the same. Even the blindfold and focusing on wrists first is the same. Did he think Koreas legend can be copied with nobody saying anything against it? We Shawols will protect Taemin and his hard work by any means. He didn't work this hard over a decade just to be copied without any credit. Shinee as well.

Netizen suggests set of Girls' Generation's 'FOREVER 1' MV may have been plagiarized from Tokyo DisneySea
1 day ago   51   38,068

Previously unseen photos of Kim Garam show up on the web through an unknown Twitter account
3 days ago   87   113,557