Recently, he shared a heartfelt impression of him listening to Jin's new song "Yours" for the first time. Nicholas commented that he even cried listening to Jin's crystal voice and named it "one of the prettiest songs out." Moreover, his wish is to play this beautiful song at the wedding, which is one of the most important events in one's life. Jin's voice touched his heart that much!

Jin is known as a powerful vocalist with a very emotional voice known as the "Silver Voice." Some experts call him an actor-singer due to his ability to convey any kind of emotion just right to get exactly into the heart. Interesting that Jin never writes songs about romantic feelings towards someone, but his philosophically complex songs still can make anyone feel like crying. "Yours" is the first romantic solo song of Jin. The artist constantly gets praised by critics for his outstanding abilities as a natural tenor. While that, the public fills the comment section under BTS's live performances with plenty of compliments on Jin's strong voice. Those who get to hear him live say that being surrounded by Jin's voice is a marvelous experience. He is also known as the "King of Live Vocal." For example, he got two standing ovations after performing "Epiphany" and made the audience of the Saudi Arabia concert talk about him non-stop for two weeks straight.

Playing such a beautiful song at the wedding would totally create a very powerful and magical atmosphere!

Yours by Jin is such a beautiful song. 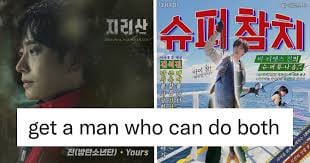 "Korea slanders China, we don't do counterfeits," Chinese netizens become outraged about a scene from 'Anna' starring Suzy that was based on an actual event
17 hours ago   72   44,385

Netizens send their encouragements after finding out that former MASC member Chibin, who left the group after a violence incident with another member, is re-debuting
7 hours ago   8   14,833

"Korea slanders China, we don't do counterfeits," Chinese netizens become outraged about a scene from 'Anna' starring Suzy that was based on an actual event
17 hours ago   72   44,385