SF9's Youngbin will be enlisting in the military next month, according to FNC Entertainment.

On February 14 KST, the agency announced that the idol will be joining the 27th division of the ROK Army on March 29.

"In order to prevent the spread of COVID-19 and minimize congestion on site, there will not be any separate official events on the day of enlistment," the agency added. "Fans are prohibited from visiting."

Meanwhile, it was also previously announced that SF9's Inseong will be enlisting in the army on March 21. After basic training, he will continue as a member of the army's military band.

I will miss him so much.

I still forget that this groups is around 2016...I only found them in 2020. Promising group, hope won't fall in popularity with these enlistments, Is kinda sus, in a good way, that they got popular after almost 5 years in their careers, this thing rarely happens.

Everyone knew this girl group song at the time but it was never at the top of the charts and never won on a music show
2 hours ago   18   11,876

Youtube's new feature reveal V's parts are the 'Most Replayed' in many BTS official MVs, performances, and audios
3 hours ago   10   3,007 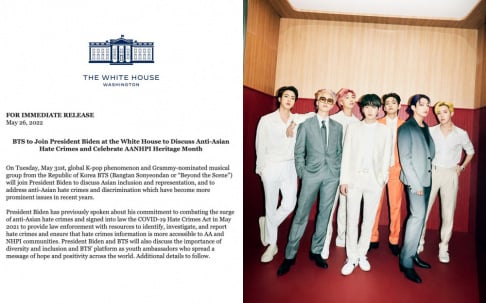 SPOILER
'Queendom 2' reveals this week's shocking results of Brave Girls who were at the risk of being eliminated from the show
26 minutes ago   3   1,510

Eli and his ex-wife Ji Yeon Soo state they are not going to live together for the sake of getting back together
56 minutes ago   3   2,964

Person who claims to be an airline employee confirms that BTS's V and BLACKPINK's Jennie were on a flight to Jeju together
1 day ago   193   150,712

HYBE is allegedly having private talks with Kim Garam's victim for a possible settlement
1 day ago   234   62,846