The 'Squid Game' cosplay done by Kim Taehyung, aka V, has proven to be the standout and most memorable moment from BTS's 2021 'Permission to Dance On Stage' concert.

One of his several viral Squid Game videos has now surpassed 10.4 million likes and almost 60 million views. It is currently the most-liked K-pop fan video on TikTok.

This happened during Day 3 of the concert when Taehyung surprised and delighted the audience by showing up in full-fledged costume as one of the 'Squid Game' guards from the hit Netflix series.

Dressed in a red tracksuit and black mask, V's stunning visuals and fun performance, attracted both fans and non-fans alike, causing him to go viral on both TikTok and Instagram.

Many of his videos amassed millions of views within 24 hours on both platforms, proving his title as the 'Stan Attractor.' His videos continue to gain interest even long after the concert has ended.

Comment section is full of non-ARMYs drooling over him. 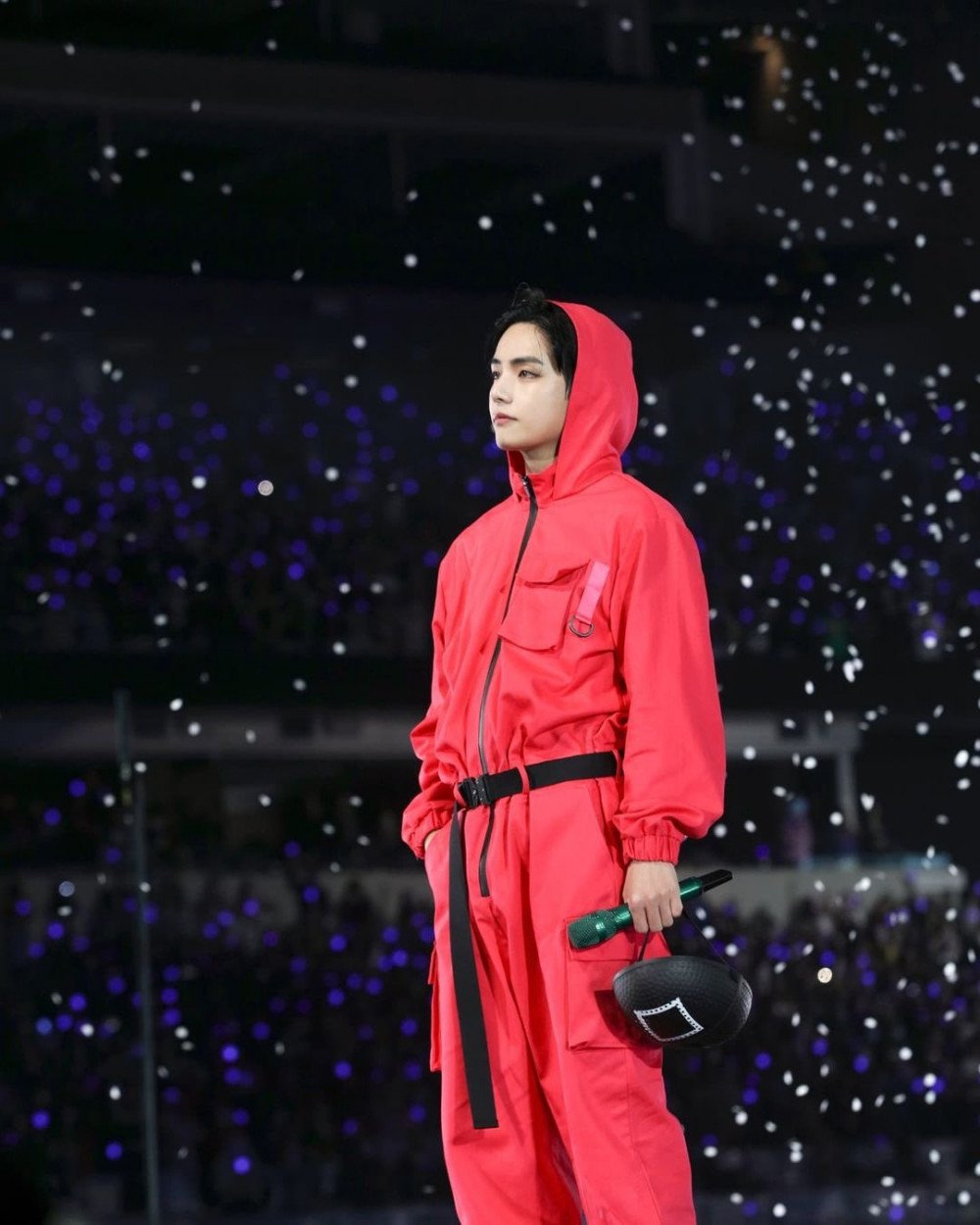 IU leaves cast of blockbuster production 'Money Game' due to scheduling conflicts, Chun Woo Hee to take over her role
3 hours ago   6   5,276

Everyone knew this girl group song at the time but it was never at the top of the charts and never won on a music show
8 hours ago   39   42,548

Gaon Music Awards say they'll set the greatest stage if #BIGBANG decides to attend the ceremony, expresses what differentiates them from the other idols
1 day ago   124   26,042

Person who claims to be an airline employee confirms that BTS's V and BLACKPINK's Jennie were on a flight to Jeju together
1 day ago   201   161,707

HYBE is allegedly having private talks with Kim Garam's victim for a possible settlement
1 day ago   238   66,227