Netizens hiliarious stated that Kang Daniel finally got his revenge on the final episode of Mnet's 'Street Woman Fighter'.

On October 26, one netizen created a post on an online community forum titled, "[Street Woman Fighter] Kang Daniel's revenge that he waited 4 years for". In the post, the netizen included an edited video of Kang Daniel's appearance on Mnet's survival program 'Produce 101, Season 2' as a contestant, and his appearance on 'Street Woman Fighter' as an MC.

The first part of the video showed finalists Kang Daniel and Park Ji Hoon waiting to hear the name of the 1st place winner of  'Produce 101, Season 2'. While the stage is full of tension and nervousness, Kang Daniel breaks into a smile after hearing the MC suddenly say, "I will announce the winner in a little while!" Then, the second part of the video showed the 'Street Woman Fighter' finalist dance crew members on stage, with Kang Daniel's voice heard from the side. Here, Kang Daniel used the very same tactic to break the tension when he said, "I will announce the winner in a little while!"  Upon hearing this, the dancers' faces hilariously changed to a smile and annoyance, as the heavy atmosphere was momentarily lifted.

After Kang Daniel's announcement, some artists in the audience seat showed hilarious reactions, protesting to the delay in hsi announcement of the winning team.

"Oh s**t, at that time when I was watching the final episode, I almost stayed up all night. It ended so late."

"If he really wants revenge, he still has more to go."

"Thinking about it now, even BoA was there Lollll."

"For real, 'Produce 2' was too much Loll It's really a subtle revenge."

"Kang Daniel is so good at MCing Loll."

"Kang Daniel has every right to have that revenge Lolll."

"I acknowledge [his revenge]. 'Produce 101' dragged it on until 3am before it ended Lolllll."

After 4 years he finally got to put others through the same torment 😂 Produce S2 finale was so brutal. 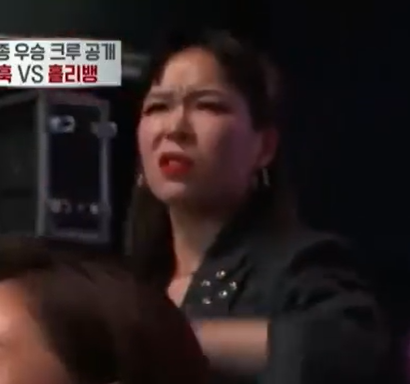 Korean BTS fansite masters claim they were harassed and bullied at the 'Permission To Dance' concert in LA
12 hours ago   71   24,729

Insiders report that BTS will not be able to attend the '2021 MAMA' due to new quarantine restrictions for overseas travelers returning to Korea
1 day ago   89   20,920