On the August 27 broadcast of KBS Joy's variety show '20th Century Hit Songs', the show's cast members looked at the rankings under the theme of "hit songs of singer-songwriters who do everything alone!" J.Y. Park came in 3rd place, and a performance video of his song "Swing Baby" began to play. The cast members praised J.Y. Park for the melody of the song, as well as the stage performance. However, even when the focus was on praising J.Y. Park's skills as a talented singer-songwriter, Heechul could not help but to have a mini 'fanboy moment' over former Wonder Girls' Sohee.

Various performance videos of artists who released music composed by J.Y. Park were shown, including Wonder Girls' "Tell Me". When Sohee's famous "Omona" part of the song came up, Heechul became excited. He said, "That part is a really famous part. I still have that gif with me." Heechul also revealed that he used to write on Wonder Girls' fan cafe using the nickname 'King Wang Jjang Dumpling Team Ahn So Hee' (‘킹왕짱 만두파 안소희’).

In addition, Heechul, who is known to have a lot of friends in the entertainment industry, revealed a surprising fact. He confessed, "I'm still not close with Sohee. She will forever be my star."

I remember him already fangirling over her 10 years ago haha, he's a loyal fan 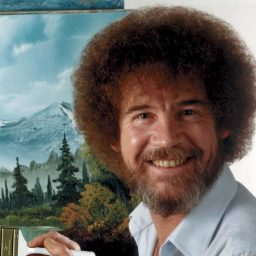 How netizens are reacting to actor Lee Ji Hoon being so close to his younger sister, even kissing her on the cheek
9 hours ago   35   62,496

Netizens wonder why idols don't say anything to their stylist even when their outfits are terrible
8 hours ago   24   10,112

'The Late Late Show With James Corden' deletes videos of the host calling BTS's appearance at the UN 'unusual' in response to backlash from ARMYs
2 days ago   142   89,626