Kim Bum is in talks to star in the fantasy drama 'Ghost Doctor' alongside Rain.

On June 23, King Kong by Starship responded to reports of Kim Bum's casting, stating, "Kim Bum is currently in talks to appear in 'Ghost Doctor' in an optimistic light."

'Ghost Doctor' is a fantasy medical drama about 2 very different doctors who end up switching bodies. Even after their death, the ghost doctors are unable to leave the hospital or their patients behind.

So far, Rain has been confirmed to be playing the lead role of genius doctor Cha Young Min, and UEE is also in talks for the series.

Stay tuned for updates on Kim Bum and 'Ghost Doctor'.

woah after he join that nine tails drama...he keep getting drama project...he reallly deserved it tho after being hiatus for years

tbh, i want him to be the lead role :( i missed him after his hiatus for years. I loved his acting from law school drama <3

Fans are freaking out after the legendary Billy Joel tweets about Kim Taehyung
2 hours ago   23   3,231

It is confirmed over 10 MILLION people watched Jungkook’s recent Vlive in real-time with no duplicate views, the highest ever since Vlive rule change
3 hours ago   23   3,053 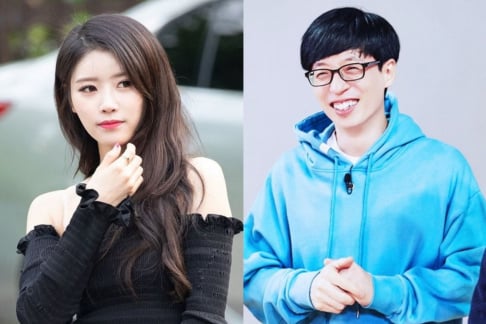 Mayor of London tweets #LetsDoLondon with unofficial ambassador BTS's V as Kim Taehyung expresses his love for the city on multiple occasions
1 hour ago   22   1,602

BREAKING
Former AOA member Mina reportedly transported to the hospital after attempting to take her own life
2 days ago   240   120,917

BLACKPINK's Jennie personally gives a shoutout to South Korea's Olympic swimmer Hwang Sun Woo, much to his surprise
1 day ago   61   40,524