People are continuing to petition for Chanyeol's withdrawal from EXO.

By taking to the radio platforms, the petitioners had amplified their voices for the following message:

"We ask that you delete Park Chanyeol's portions from EXO's original content 'EXO Arcade'. SM, stop the silence. It is now time to listen to the fans' voices. Starting from May 31, EXO's fan club EXO-L would like to see only the five remaining members without Chanyeol."

Despite the ad, EXO's Chanyeol was seen in the first episode of 'EXO Arcade (Season 2)', aired on May 31 KST.

You'd think by this point these losers would realize that SM isn't going to listen to them.

How can they seriously call themselves fans? Idiots would be more fitting.

Gong Yoo's agency denies the rumors that the actor had a date with Taylor Swift in New York City
1 hour ago   12   5,745 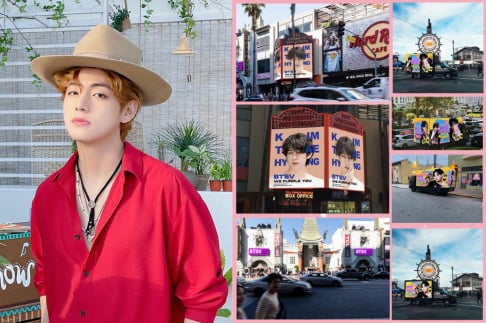 The most popular second-generation K-pop groups according to Twitter
52 minutes ago   7   2,313

Gong Yoo's agency denies the rumors that the actor had a date with Taylor Swift in New York City
1 hour ago   12   5,745

aespa makes history as the first K-Pop girl group to perform at the Macy's Thanksgiving Parade
1 day ago   60   47,209