Since then, Park Soo Hong's lawyer has confirmed that the TV personality has decided to move forward with a lawsuit against his older brother.

Another aspect of this ongoing story is that viewers first noticed Park Soo Hong's mental instability on recent TV broadcasts due to the fact that he was seen shedding tears while speaking fondly of his cat, Dahong. Particularly, Park Soo Hong pointed out that he couldn't hold back his tears after seeing a comment which read, "Do you think Park Soo Hong rescued Dahong? No, it was Dahong who rescued Park Soo Hong". Park Soo Hong also often uses the hashtag #MySavior in Dahong's Instagram posts.

The cat Dahong has in fact made several TV appearances such as on SBS's 'My Little Old Boy', and is well-known by viewers at home. He even has his own Instagram and YouTube channel! So why do netizens think that Dahong is such an amazing and peculiar cat?

According to Park Soo Hong, Dahong was a stray cat that kept following him around one day, when he went fishing. Because he couldn't get the cat to stop following him, Park Soo Hong had to eventually bring the cat home. Afterward, Dahong underwent various surgeries and treatments for his illnesses and injuries, and eventually recovered his health. He has been Park Soo Hong's pet cat ever since.

2. Dahong has never scratched Park Soo Hong or any of his friends and family members.

3. Dahong is a cat who goes on walks on a leash. (The veterinarian advised Park Soo Hong to take Dahong on walks due to his past illnesses/injuries.)

4. Dahong is totally calm when taking baths and drying off.

7. Dahong does his business in the restroom.

8. Dahong is a fashionista (and doesn't try to take off clothes.)

10.Most importantly, in Park Soo Hong's own words, Dahong comes and "comforts" his owner when he's having a hard time.

Netizens said, "I'm a cat owner and Dahong is just... unbelievable", "Dahong is as 5-star as cats get", "I'd almost believe Dahong is an angel sent to comfort Park Soo Hong because he lived an honest life", "I wonder if fortune really does smile on the good-hearted", "That cat is literally an angel", and more.

You can also check out Dahong's amazing "catwalk" fashion show via his own YouTube channel, below!

i hope he will get back all that are rightfully his. And, more projects for him... i think he is a kind soul.

When an animal is better than your own flesh and blood, Thanos was right all along.

International fans of BLACKPINK's Lisa take out their anger on singer Lee Mu Jin as they are upset with this week's 'Inkigayo' results
6 hours ago   80   40,922 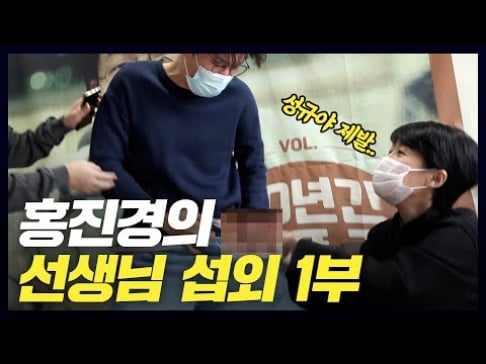 International fans of BLACKPINK's Lisa take out their anger on singer Lee Mu Jin as they are upset with this week's 'Inkigayo' results
6 hours ago   80   40,922