News
Posted by beansss 6 days ago

On the morning of February 19, former Big Bang member Seungri attended the 10th military court hearing session in his ongoing legal trial, which involved a total of 9 criminal charges such as mediation of prostitution, embezzlement, and illegal overseas gambling, etc.

During this hearing, the prosecution and the defendant were asked to present evidence related to the new charge raised against Seungi during the 9th court hearing, gang-affiliated threatening and violence. The prosecution submitted CCTV footage from December 30~31, 2015, when the incident in question took place. According to this CCTV footage, Seungri is seen talking with the alleged victim in a private room at a drinking establishment. Afterward, a group of individuals including the members of Seungri's Kakao chat rooms such as Jung Joon Young and Choi Jonghun arrived. 10 more minutes later, former 'Burning Sun' CEO Yoo In Suk arrived on the scene.

Not long after Yoo In Suk's appearance, 4 other individuals, suspected of being gang members, arrived. Sometime later, the 4 gang members were then spotted in outdoor CCTV footage along with the victim. 6~7 minutes later, when the police arrived on the scene, the gang members were nowhere to be seen.

In addition, media reports on February 19 revealed that of the two victims who were threatened violently by Seungri's party during this incident, one of them was allegedly the employee of a top entertainment agency.

The prosecution went on to present evidence of KakaoTalk messages Seungri sent to a group chat room the next day. This message thread included former YG Entertainment head producer Yang Hyun Suk, and as well as the head management officer of the other entertainment agency (of the alleged victim).

Meanwhile, the defendant's side (Seungri's side) largely rejected the validity of the above evidence presented by the prosecution. Seungri's side is also currently denying 8 of his 9 criminal charges and has partially admitted to the charge of illegal overseas money transactions.

It's also reported that of Seungri's Kakao chat room members, Jung Joon Young was in attendance at this 10th court hearing as a witness.

So a CCTV footage since dec 2015 from a club is still available? Then the CCTV footage with those one or two guys- is not clear, barging in a private customer room and making scandal was kept too, they didn't infringe the law? If CCTV existed and the police came why they didn't use it for investigation at that time? No matter what this shity circus must go on, isn't it?

This is ridiculous! So Seungri is guilty bc jyp's employee harassed HIM in HIS private room??? At this point it is obvious that the prosecution is desperate, they have no evidence for anything, all the witnesses testifed in Seungri's favor and so they had to invent a new allegation to explain why he is even on trial...pathetic

Legal representatives from Cube Entertainment to meet up with school bullying accuser 'A' in person today
3 hours ago   23   7,598 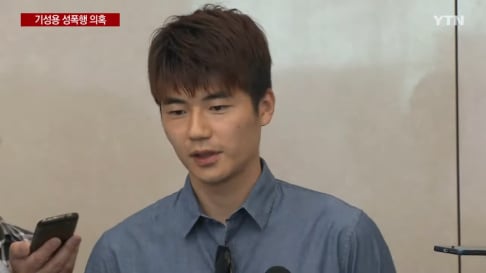 Numerous former classmates step up to clarify that Seventeen's Mingyu was not a bully, most of them say 'I remember him sharing snacks'
37 minutes ago   3   2,339

"V was my service boy," Netizens revisit the streamer who confessed that he bullied BTS's V when they were in school
1 day ago   88   84,175