News
Posted by KayRosa 15 days ago

Fans are praising the latest fashion styling for BTS's Jimin.

On January 10 KST, BTS performed at the '35th Golden Disc Awards' where they won Best Album (Daesang) with 'MAP OF THE SOUL: 7' for the fourth year in a row. On stage, the boys delivered a number of iconic performances, and Jimin stunned the audiences with his classic styling using a unique 'Chanel' brand choker.

Among the fans, Jimin's choker look was praised in a number of online communities. Netizens agreed that Jimin often created online buzz whenever he wore a choker, since the days of "Blood, Sweat, and Tears". One comment reads, "let's just make sure that a choker is forever attached to Jimin T_T".

"My favorite idol to see a choker on"

"His facial expressions with the choker on kills me everytime"

Check out some more footage below! What did you think of BTS's styling from this day?

Park Jimin and his chanel necklaces do wonders to our hearts 😍 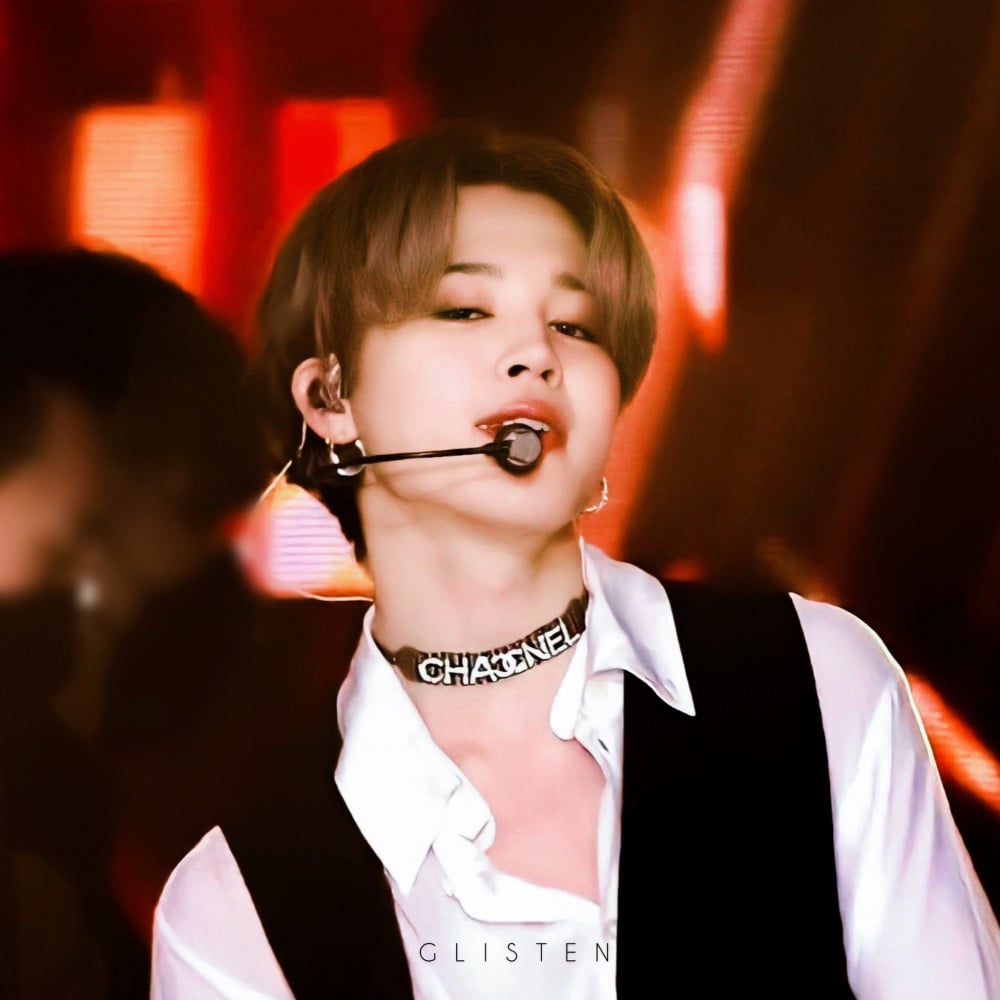 Everything about Jimin is just so captivating ✨🔥👑 he can pull off anything!

One of the biggest online communities lists idol members by popularity
2 days ago   88   40,269