On the first episode of Mnet's 'Running Mates' that aired on December 9th, the members of the running crew gathered for the first time to talk about their innermost thoughts.

In the episode, Sunmi, Hani, YooA from Oh My Girl, Chung Ha, and Chuu from LOONA spent the whole day together as they ran, went food shopping, and cooked. All the girls became close to one another instantly as they spent an enjoyable time. At the end of the episode, the girls wrapped up the day as they recorded their daily running journals and sat down to have a heart to heart talk with one another.

While talking, Chung Ha confessed the hard times she has experienced during her music career. Chung Ha confessed her reasons for working so hard by saying, "I've heard this so many times, 'You have a lot on your mind? that means you have a lot of time. That's what it means to have time. Other people don't have time to think, and they just practice and face head-on.' So I thought, if I have a lot on my mind, that means I have a lot of time. I should just run without thinking and then I feel a sense of doubt. But then when I feel that way, I would think, 'I have too much leisure.'"

Chung Ha explained, "There were times I would go perform at events day and night, film advertisements, then go abroad to perform, and do a live broadcast. There would be times that I would repeat this for a month without rest. I told myself, 'Don't think this is tiring and hard. This is something to be grateful for.' I always thought work was first since if I hurt when I dance, it would get better soon. I thought, 'I can't be lazy, or I can't protect my mom. If I stop, I will be dismissed.'" and confessed her anxieties about taking a break.

Hani empathized with Chung Ha saying, "It's like feeling that the leisure is laziness, so you have the feeling that you can't have time on your hands. You get obsessed with working and can't stop. I felt like that until I thought I could die like this. So I really thought I was in a dangerous state when I was like that."

Chung Ha continued to speak about her condition, explaining she took a test to analyze her subconscious thoughts. She explained, "I took a subconscious test, the first thing that came up on my sub-conscience is that I want to feel like I'm breathing. After that is, I want to make music. I think it became difficult for me because I want to take a break and stop, but I can't at the same time," and began shedding tears.

Hani comforted Chung Ha, saying, "How can a person keep running?" Hani explained during an interview, "My heart hurts because I feel like I'm seeing my old self. I was really upset."

Chung Ha explained how she was being healed while running with the crew, saying, "I kept running and working restlessly because I didn't want to fall behind. But then I felt I wanted to feel like I'm breathing and not feel anxious."

Its understandable why she feels this way. The kpop industry these days seem to be debuting a new band or solo artist every other week. So if you don't keep your face in the spotlight you loose it quickly. I think the biggest fear of any artist is being forgotten.

Cheetah revealed to have broken up with her film director boyfriend Nam Yeon Woo
2 hours ago   2   3,926

Vice-president of the United States, Kamala Harris turns out to be a BTS ARMY as she follows them on Twitter and includes 'Boy With Luv' in her Spotify playlist
15 hours ago   86   17,274 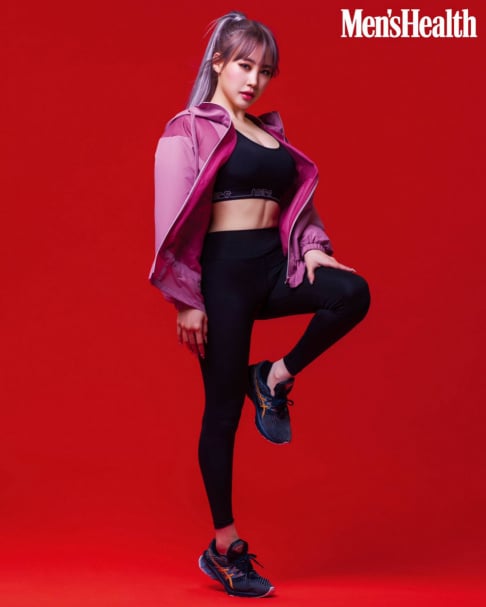 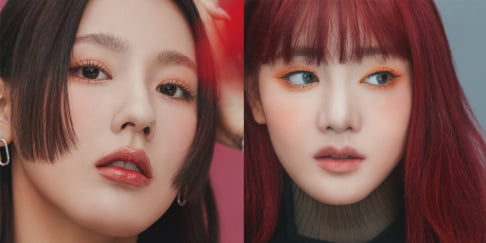 Cheetah revealed to have broken up with her film director boyfriend Nam Yeon Woo
2 hours ago   2   3,926

Vice-president of the United States, Kamala Harris turns out to be a BTS ARMY as she follows them on Twitter and includes 'Boy With Luv' in her Spotify playlist
15 hours ago   86   17,274

[Lyrics NSFW] Baekhyun trends worldwide on Twitter for the sexually explicit lyrics to the track "Drown"
2 days ago   73   35,245