Actor Yoo Ah In appeared on 'Park Myung Soo's Radio Show' on October 5 as a special guest and revealed his future plans.

The actor appeared on this day and spoke about various topics with the host Park Myung Soo.

Yoo Ah In caught the interest of listeners when he stated, "I feel more overwhelmed about the name Yoo Ah In as the year passes" and stated that is because the name is "too pretty". Yoo Ah In also revealed how he gave himself his stage name Yoo Ah In. He stated, "I didn't think of the name myself. I was given a list of possible names and I chose from them."

Yoo Ah In also talked about his new movie 'Voice of Silence' and stated, "This was the first time I acted in a movie without any lines" and joked "I think I had it easy." Yoo Ah In also revealed he had gained approximately 15 kgs (33 lbs) for the role and his reasons for picking this movie.

Yoo Ah In stated, "I think I chose movies based on the lingering feelings from reading the script. Of course, the director of this movie was amazing and the content of the movie is very provocative. I think I choose the movies that I think would be fun to do."

On this day, the actor also talked about his income from the movies. He stated, "I earn enough money to live off of it. I don't really invest in my retirement either. I try my best to not make money the center of my life and have been living that way. I don't worry about money nor do I want to be driven by money either."

Meanwhile, The movie 'Voice of Silence' is the story of two men who become involved in cleaning up the mess of a kidnapping incident.

A netizen claiming to be a former classmate of April's Jinsol states she was bullied by the girl group member
4 hours ago   51   13,875 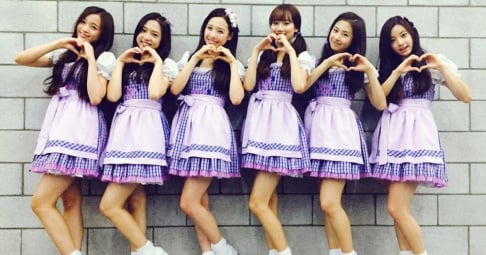