Black Pink, No. 2 Artist in the World in YouTube Subscribers… Global uptrend

Black Pink has become the group with the second-largest number of YouTube subscribers among artists worldwide.

According to YG Entertainment on the 29th, the number of subscribers to Black Pink's official YouTube channel surpassed 48.8 million at 4:55 am on the day. It is the overwhelming number 1 in subscribers for female artists and 2nd for all artists.

On October 2nd, Black Pink will release the music video for their 1st regular album 'THE ALBUM' and the title song 'Lovesick Girls'. On October 14th, the Netflix original documentary'BLACKPINK: Light Up the Sky' will also be released. 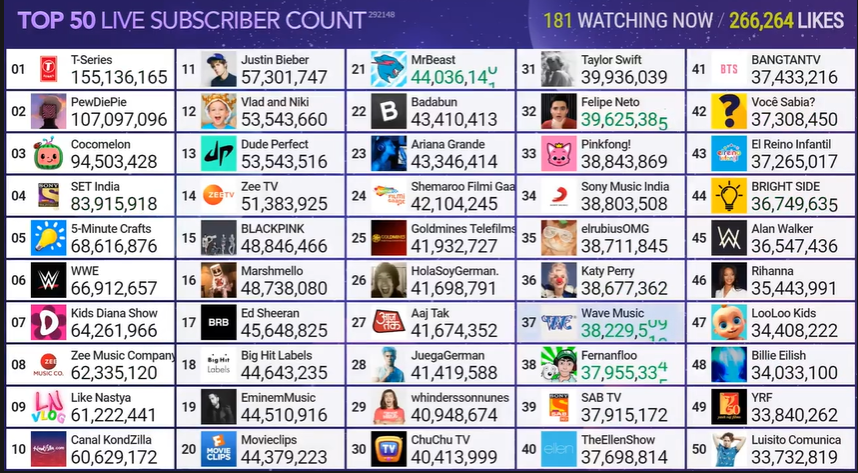 I guess they don't count Canal Kondzilla as an artist ....even tho he has MVs with more views than BLACKPINK's most viewed MV

Fans roll up their sleeves to debunk the allegations against Chanyeol as they claim the images are photoshopped
2 hours ago   55   17,043

An alleged friend of Chanyeol is under heat for posting a questionable post about the idol member
4 hours ago   163   50,428

Prada gets hit as consecutive controversies arise for their two brand ambassadors
3 hours ago   20   14,443

After a fake photo of Chanyeol and Rose spread online, Dispatch warns they will take strict legal action against anyone who spreads false information using their watermark
7 minutes ago   1   1,022

Netizens talk about the 3 unit groups from SM Entertainment that are greatly affected by the recent controversies
22 minutes ago   7   2,304

A netizen claiming to be Chanyeol's ex-girlfriend alleges that the idol member cheated on her and committed other misdeeds
1 day ago   635   335,448