Shin Minah recently came forward saying she sympathized with former AOA member Mina after it was revealed she'd been bullied by Jimin for years, and when a fan asked Shin Minah if she had been bullied, she alleged she was both physically and mentally by the ILUV members. Former ILUV member Gahyun also backed up the allegations.

On July 16, ILUV's agency WKS ENE denied Shin Minah's claims, stating, "We're telling you clearly that what she's alleging is not true. Because of the one-sided and absurd claims of a person who says she is having difficulties with her mental health, the 6 existing members of ILUV are shocked and hurt by the spread of these rumors. In particular, it's hard to understand that a member who didn't even live in the same dorm as her was pointed out as a participant of this bullying." The label concluded they would be taking legal action against the spread of rumors that damage the image and reputation of their artists.

The members of ILUV have regrouped as BOTOPASS, who are expected to debut in August.

What are your thoughts on Shin Minah's claims and WKS ENE's response? 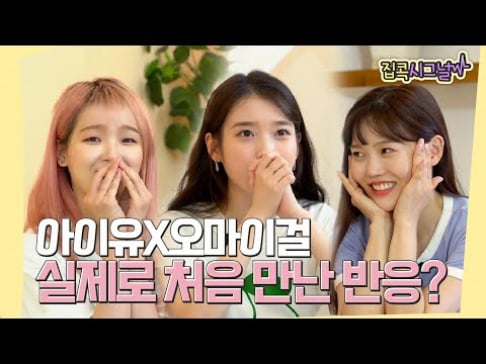 IU reveals why she's fond of Oh My Girl

ok well her claims were backed up by another member so....it's something to be investigated on. but the company is being so unprofessional. sounds like a biased fan wrote it

Koreaboo just posted screenshots of Minahs instagram dms that some of her group members forced her to watch videos of them having sex with their boyfriends. Like wtf.

Netizens surprised by TXT's skills at the assembly line of their album manufacturing factory
5 hours ago   7   6,413

This is Song Joong Ki and Katy Louise Saunders' future home where they will raise their first child
8 hours ago   36   54,108