Lee Seung Gi and Jasper Liu of the upcoming Netflix original K-variety series 'Together' will be greeting global fans through a special, live online event, coming this June 23!

The special online fan meeting involving the two top stars of 'Together' will be broadcast via 'The SWOON's official YouTube channel (here), as well as via Netflix Korea's official 'V Live' channel, this June 23 at 8 PM KST.

Meanwhile, Netflix original K-variety series 'Together' is a fun, adventurous travel series where one of Korea's hottest top stars meets up with one of Taiwan's hottest top stars. Overcoming their language and cultural differences, Lee Seung Gi and Jasper Liu sets out across various cities across Indonesia, Thailand, and Nepal, searching for the homes of their beloved, dedicated fans.

'Together' premieres worldwide on Netflix this June 26!

woahh seunggi and liu yihao??? i'm excited for this, they're both so good looking and talented

Netizens wonder why Korean Hanboks from the Joseon Dynasty are in Chinese shows
4 hours ago   5   3,899 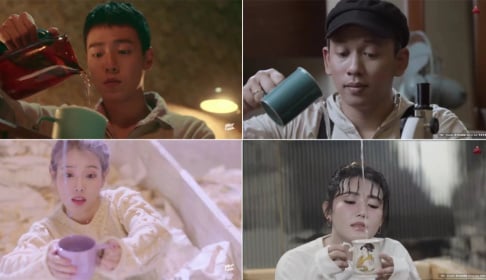 Fans are falling head over heels as they see Jungkook's various hairstyle
6 hours ago   21   6,768