The creator of the "Gwiyomi Song" Dandi has been revealed as the producer who sexually assaulted his friend's younger sister.

On June 9, a top producer who recently worked with girl groups made headlines for sexually assaulting his acquaintance's younger sister who was asleep after drinking at their house. He denied there was sexual intercourse, but police investigation confirmed evidence of his DNA from the victim.

Dandi appeared on Mnet's 'Show Me the Money 4' and 'I Can See Your Voice', but he competed on the recently completed competitive series 'Mister Trot'. His track "Gwiyomi Song" was a hit in 2013, and celebrities and idols still do their own rendition of the song to this day.

He's also known for producing Badkiz's "Ear Attack" and the girl group Saturday, who debuted under his self-established label SD Entertainment. However, SD Entertainment stated, "We've come to the decision that Dandi can no longer be with the company after this disgraceful incident, so after coordinating with him, he resigned from the company this past May."

Those entertainment companies and idol managers should take note of this and ban their idols from singing the gwiyomi song. If not then netizens will attack them. These days, an excuse of 'do not know about the situation' will not cut it. Netizens always demand Idols to know about everything and behave perfectly. Antis will be very toxic too.

For this guy, hopefully severe and proper punishment will be given.

A Korean trot singer reveals he used to live with BTS for two years and left the group before their debut
3 hours ago   4   12,222

Dahyun freaks everyone out with her flexibility in the preview for 'Radio Star' special featuring TWICE
4 hours ago   12   28,535 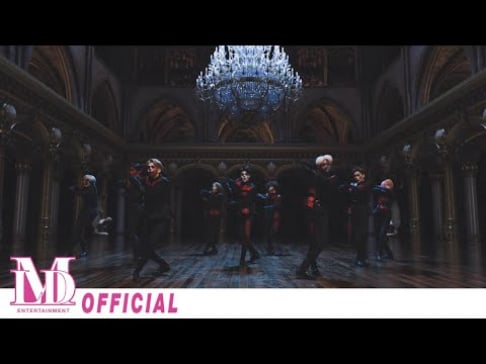 Dahyun freaks everyone out with her flexibility in the preview for 'Radio Star' special featuring TWICE
4 hours ago   12   28,535