On May 20, after controversy arose surrounding various celebrities and their attendance at a large birthday party event at a cafe in Chungdam-dong, Sublime Artist Agency issued an official statement on behalf of its artists Hyomin and Kim Hee Jung.

As previously reported, celebrities such as actress Lee Min Jung, former After School member Jooyeon, former Olympic gymnast Son Yeon Jae, T-ara's Hyomin, actress, Kim Hee Jung, and more were spotted posing in recent SNS photos from a birthday event back on May 9. This day also marked the day that a COVID19-positive individual visited multiple clubs in Itaewon, resulting in a sudden spike in COVID19-positive cases from Itaewon-related locations in the past few weeks.

In an official press statement, Sublime Artist Agency revealed, "We would like to apologize for the careless actions of our agency artists, Hyomin and Kim Hee Jung. Both Hyomin and Km Hee Jung attended a birthday party held at a cafe in Chungdam-dong back on May 9. It may be too late, but regardless of the reasons, the two stars are well aware of the rashness of their actions and are reflecting deeply. Once again, we apologize for our failure to manage our artists carefully."

This was NOT the day that the person went to the nightclubs. The 9th was the day that the government issued an order for night clubs and entertainment facilities to cease operations after it was revealed that the guy had been to them (and after his test results came back) The infected guy went to the clubs the previous weekend (the 1st or 2nd I believe), just before the government lifted restrictions on the 6th. Honestly, the 9th was most people's first time out with friends in at least a month. The public was told they could go out as long as they took preventative measures. At that point, no one really knew the extent of the Itaewon outbreak, especially if they hadn't been paying attention to the news.

The alpaca has also issued a handwritten apology, is currently in deep reflection and promises to come back with a more mature image. 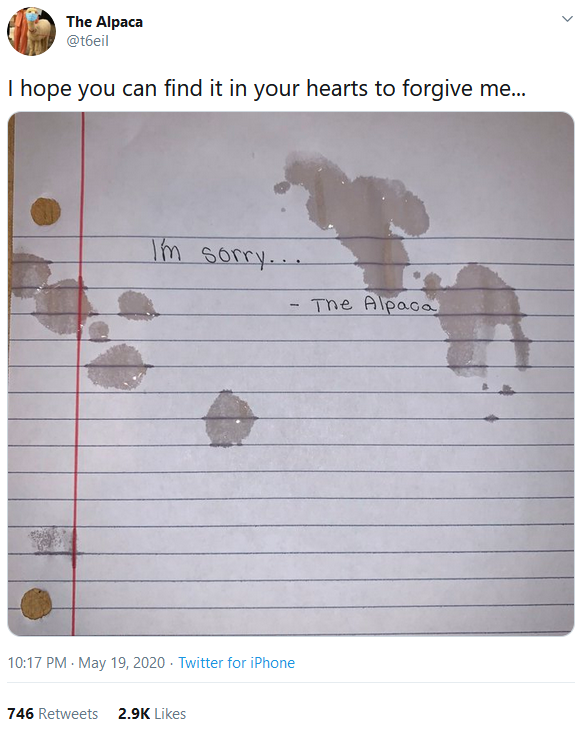 iKON's Donghyuk tests negative for COVID-19 & placed under quarantine, some 'Kingdom' teams may be expected to prepare for the final round without the quarantining members
4 hours ago   4   4,690

The comedian who groped idols in the past finishes second at a body fitness competition
2 days ago   124   48,793