'The World of the Married' sets viewership record while 'The King: Eternal Monarch' struggles to retain viewers

JTBC's 'The World of the Married' yet again proved it is a big hit and set a record for the series with a 20.5% nationwide rating.

On April 24, the hit drama achieved its highest viewership ratings to date. According to Nielsen Korea, episode 9 of 'The World of the Married' scored an average nationwide rating of 20.5%, setting a new record for the series. JTBC's 'SKY Castle' currently holds the title as a drama with the highest viewership record with a nationwide rating of 23.8%.

The Thing is that ''The King: Eternal Monarch'' Is double airing simultaneously on 2 platforms at the same time and this is the second time a drama has ever done this before.. It's simultaneously on Netflix and SBS Channel. While most younger generation view thru Netlfix Korea library where as the older generations opt for TV.

The King: Eternal Monarch doing these numbers is something to behold despite being on the same time on 2 platforms such as Netflix and SBS airing simultaneously across each other. The only other Drama that did this way of airing things is another KES drama Mr.Sunshine it was not as successful as The King: Eternal Monarch internationally tho but now you can see the clear picture.

It's actully doing great numbers if you measured objectively. You just can't judge a tv-show that is literally running on 2 crowded platforms at the same time and measure one of it. If the Korea Netflix and SBS numbers you would get the clear picture

I liked TWOTM but then people pointed out that the story was the exact same as this British TV series called Dr Foster. And it is! It's pretty much exactly the same, bar names, and that's killed off the hype I had for it, and now I feel disappointed. The King is picking up pace with the storyline. First 2 episodes were slow but I think it'll pick up from now.

Dispatch deletes their Black Lives Matter post after being lambasted for including the hashtag #alllivesmatter
22 hours ago   311   20,714

Lee Hyori reveals she avoided variety shows because of appearances by ex-boyfriends
7 hours ago   15   23,592 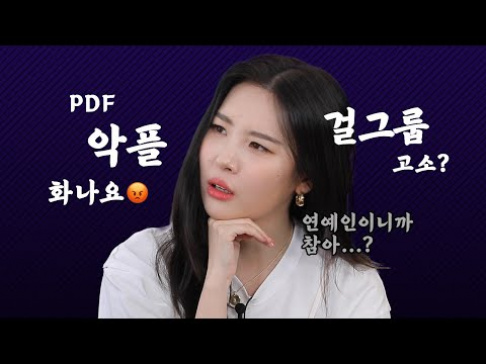 Lee Hyori reveals she avoided variety shows because of appearances by ex-boyfriends
7 hours ago   15   23,592

IZ*ONE invites fans into the fairytale world in the lastest group concept image for 'Oneiric Diary'
4 hours ago   3   1,115