According to reports, the Seoul Central District Court ordered Jung Joon Young to pay a fine of 1 million Won on March 30 for violating laws against prostitution. 'Burning Sun' director Kim was also fined for 2 million Won ($1619.04 USD) the same day. The fine will be finalized 7 days after Jung Joon Young receives the summary order, but if he requests a formal trial within a week, he'll undergo a new trial.

In a separate case, Jung Joon Young was sentenced to 6 years in prison in November of 2019 for group sexual assault and the distribution of illegal hidden camera footage of women. His appeal is currently under way at the Seoul High Court.

what the fuck is that...

law is really like a poop for this kind of people

once they stepped in they just wash it away.

so simple as that..

that's why there's so many criminals...

Men always get away with the shit they do...

Jungkook revealed he participated in directing BTS upcoming MV and trended at #1 worldwide, US and Canada after his live streaming
4 hours ago   17   6,082

JYP Entertainment reveals the story from GOT7 Youngjae's perspective after looking into the idol's school bullying allegations
11 hours ago   76   45,128 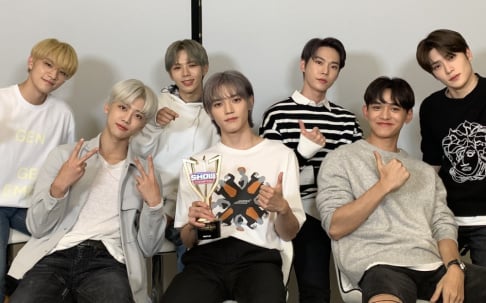 NCT U takes their first win ever as a unit group on 'Show Champion,' which is also the first win for new member Shotaro
7 minutes ago   2   201

Jungkook revealed he participated in directing BTS upcoming MV and trended at #1 worldwide, US and Canada after his live streaming
4 hours ago   17   6,082