BTS released their single "Black Swan" on January 17, 2020, and in less than a day without any promotion, it's topping charts. A corroboration how their music has been transcending to today's generation.

As the title is Black Swan it has connections to many deep meanings, one is it’s a graceful reminder to move from any position where you feel powerless and at the mercy of external forces; it is time to reclaim your personal power. In aboriginal folklore, a black swan symbolizes the path to enlightenment is not paved with gold, but often suffering instead.

Since this comeback season has started and the BTS members have been releasing music one by one, from Suga’s Interlude to Shadow, it is depicted that they are discussing their inner fears and inner “dark self”. These topics are mostly hard to discuss since most of us are repressing the thoughts of our fears and our dark selves in the innermost corner of our minds. However, as the music of BTS evolves into art, they go in-depth with human agony and sufferings in which people don’t talk much about, but people succumbed into. Their music transcends through sounds that reach the level of human experience, whether be it good or bad. These seven young lads got the courage to go deeper to discuss thoughts that people would relate to and they have a cultured fan base that is more than willing to engage in conversations beyond music which is the human experience.

Suga’s Interlude discusses how one struggles into separating time and how one is stuck in between his lost thoughts. It gives you comfort and reassurance. It’s reassuring that even if things don’t go the way you planned it and this isn’t the future you had hoped for, life must go on.

While BTS' Interlude: Shadow talks about the dark side of success. Nobody knows what one has to sacrifice to have it, and devastatingly, sometimes one has no choice but to sacrifice something he has because the situation entails so. The circumstances offered to us are different, thus our way of coping might differ but one thing is for sure, music transcends to these differences. It discusses how all of these are part of the process, like how your shadow is a part of you. Suga validates your fear on this. It’s terrifying and it can swallow you right up, but acknowledging your shadow might be the way to overcome these.

“Yeah you'll be at ease if you admit it too yeah succeed or fail, whichever way you flowYeah you can't escape, wherever you goI am you, you are me, now you do know you are me, I am you, now do you know”- Shadow

Black Swan might not be a culmination of it all but it tells you that if in the middle of your lost thoughts (Suga’s Interlude) and you allow your self to be swallowed up by your shadow, you’re on your first death. Like what BTS have quoted from Martha Graham “a dancer dies twice – once when they stop dancing, and this first death is the more painful”

BTS decided to discuss not the fear of lights dimming on their careers, losing fame or losing fans, but the fear of not creating music that touches people anymore. They portrayed how one is lost on its own thoughts while in the shadow of success which is exhausting and blinding at the same time.

Seeing BTS' music - them discussing it boldly is a message that you have to acknowledge these parts of yourself, no matter how unwelcoming they may seem. In this world where one struggles to find his purpose and the fear of uncertainty is giving us anxiety. Their current music is a reminder that even pursuing your passion is not a path of gold. One's strength can also be one's weakness and that weakness can be one's greatest strength. And maybe if we learn how to tame our shadows and egos, we'll figure out that the darkness we perceive can co-exist with who we are.

Their music speaks volume and they have resurrected people's "self" and passion that is dying within them.

BTS worked with different artists this comeback, and their perception of art is so diverse and broad, which is refreshing because it isn’t restrictive. They are using their influence not just to deliver powerful messages but to give way to other forms of art, giving a platform for talented artists and letting the world see beautiful masterpieces.

Their recent collaboration with Starbucks Korea and Formula E speaks of their nature as artists and as individuals. They are furthering their legacy while trying to make a positive change and impact on this world. There is no competition with BTS, they are here to make music and to inspire people.

It's bold and it's raw. Some people dislike it because it's far from their comfort zone and I get it. This comeback is the highlight of their career. They make an U-turn from last year's persona and show off their diversity and maturity as artists. They're on the top and instead of using the momentum to release GP friendly songs they use their influence to tell the hard truths and bring up social issues more than ever. I haven't pre-ordered the album (usually I wait for the official release to decide if I buy it) but with these two tracks and Connect BTS project, I'll buy an album without hesitation.

And thank you for this piece! It's really thoughtful and beautifully written.

The dance was breathtaking and the song was amazing

BLACKPINK's March comeback to possibly be delayed, more information revealed about other YG groups in investor report
4 hours ago   40   19,040

Fans demanding SM to protect Chen and his Family after his parent's private information leaked online
5 hours ago   39   22,572 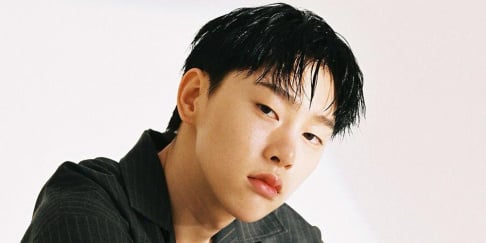 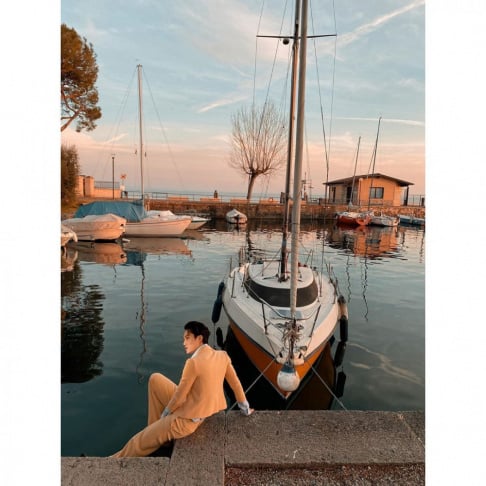 Fans demanding SM to protect Chen and his Family after his parent's private information leaked online
5 hours ago   39   22,572

Big Hit Entertainment chooses underwriters for their upcoming IPO, valuation could be as high as 6 trillion KRW (5 billion USD)
5 hours ago   7   5,457

BLACKPINK's March comeback to possibly be delayed, more information revealed about other YG groups in investor report
4 hours ago   40   19,040

BTS V Stole Hearts With His Duality On the Carpool Karaoke with James Corden
7 hours ago   5   3,219

Netizens angry at Seolhyun for having fun in New York while South Korea is struggling through the Coronavirus outbreak
1 day ago   152   127,862