Experts including Critics and Lawyers talk about Seungri's case

Many experts talked about the recent case of 'Burning Sun,' here are some of the excerpts ofwhat they had to say.

Pop culture critic Jung expressed regret that, "Seungri is a famous entertainer so he is on the news a lot, the media went beyond that, and it makes people wonder if he has the power to do such grave suspicions."

Jung Deok-Hyun is a pop culture critic, spoke to CBS NoCut News on May 14th, and said: "I thought it was a story of another country and it was only in movies, but it must have been quite shocking to the public that it was actually happening in our country."

In the light of court rejecting the arrest warrant for singer Seungri, some lawyers talk. Lawyer A has a prospect that "prostitution may be morally reprehensible, but sex trafficking is unexpectedly less punishable. In the case of a first-time offender, it will be difficult to continue to be arrested."

Lawyer B said, "There is only a possibility if there is a concert of escape, but for Seungri's case it is hard to tell.", "it is understandable if a criminal complaint was filed but the request was rejected because there was no attempt to escape. But if a team of 152 police officers and 16 police teams were summoned 18 times to investigate the case, what would be that they were investigating?"

Lawyer Cho Ki-Hyun points out, "If the suspect's identity is clear and there is no fear of escape, he or she can be investigated without detention, Generally, is it a rule to request an arrest warrant if there is a possibility of escape or destruction of evidence." Moreover, "Our society has a strong tendency to recognize arrests as punishments, and sometimes we mistake the rejection of arrest warrants for granting them immunity."

About the media and how many reports coming that contradict themselves and some proven wrong an Excerpts from "The Characteristics of the Korean Prosecution System and the Prosecutor's Direct Investigation" by Jung-Soo Lee" wrote, "From the viewpoint of mass media, the people have a right to know and thus the mass media, emphasizing freedom of press, try to report the facts. The problem is that media agencies compete with each other to report unproven or unconfirmed information and rumors. Such report themselves may interrupt the investigation and violate civil rights. Thus prosecutors ask for the correction of the news based on unproven information by the responsible media agency and prohibit the reporters from entering the Public Prosecute's Office. Sometimes, the press club itself prohibits the reporters responsible for the news from gaining access to the press club room, or office."

Jung-Soo Lee served as a Deputy Chief of Suwon District, Public Prosecutor's Office of the Republic of Korea

"The problem is that media agencies compete with each other to report unproven or unconfirmed information and rumors. Such report themselves may interrupt the investigation and violate civil rights"

This is why I cannot support the Korean media or public's reaction. No one's feeling of embarrassment or anger is out of line. It's all understandable, but this case was so mishandled and the media iss far, very very far, from objective. That is a problem. You cannot call yourself a journalist if you're not upholding a code of ethics. To remove your personal feelings and only report on facts not tweets...

how did critics became EXPERTS in this matter though lol

BTS’ Jungkook stole all the attention at Grammy's red carpet with his stunning visuals and trended across the world
6 hours ago   29   16,529 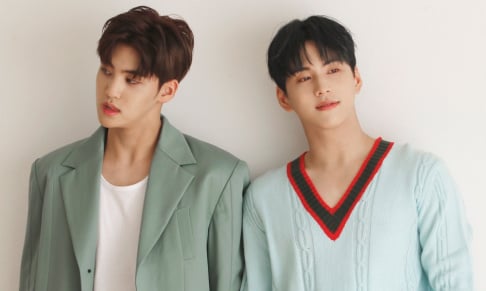 BTS’ Jungkook stole all the attention at Grammy's red carpet with his stunning visuals and trended across the world
6 hours ago   29   16,529