Shortly after the first episode aired, a particular fashion item caught the attention of viewers, particularly TVXQ fans! Why was that?

In 'Her Private Life', lead actress Park Min Young plays the role of a diehard idol fangirl, Sung Duk Mi. Even Duk Mi's parents were shown as diehard fans throughout her childhood, with her mother being a huge fan of knitting, and her father, an avid fan of collecting rocks! As a result, Duk Mi was shown fangirling over H.O.T during her elementary school days, then over g.o.d during her middle school days, and finally, over TVXQ during her high school days!

The "hot fashion item" that caught the attention of TVXQ fans was none other than Duk Mi's red Cassiopeia hoodie - an item which was sold as real, official TVXQ merchandise about 10 years ago. At the time of release, the item was so difficult to purchase due to the huge demand, that longtime Cassiopeias watching the first episode of 'Her Private Life' commented, "Unnie how in the world did you get your hands on that?!?!", "It's the legendary hoodie even fans couldn't get their hands on!", "Unnie, please throw it away at my place when you're done using it", "OMG, I remember I could not find that hoodie anywhere back then...", and more!

As the issue became a trending topic online, a representative from Park Min Young's label Namoo Actors stepped up to clarify, "The hoodie in question was recreated by the drama's stylist team after lengthy research and after receiving approval to use the graphic."

Meanwhile, after growing out of TVXQ as a high schooler, Park Min Young's character Sung Duk Mi is currently madly obsessed with idol member Cha Si Ahn (played by ONE) of a fictional idol group, White Ocean. You can catch the way-too-relatable idol fangirl drama every Wednesdays and Thursdays at 9:30 PM KST on tvN!

My feelings strongly resonate with the fans comments in the article!! I would love if I could get any TVXQ merch before the groups breakup. 😍

Park Min Young does have the neck for picking dramas that suits her. She does not over-stretch her abilities and does well in all the dramas she stars in. Not all top rating dramas but afew unforgettable ones. I really like her. 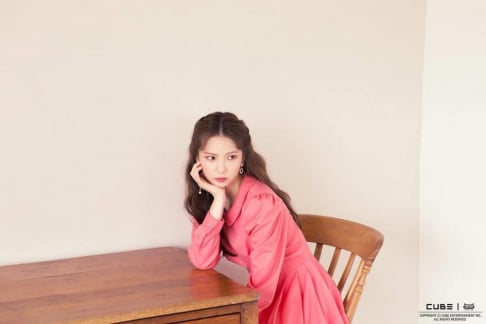