Hani says she was the reason EXID rose to fame? 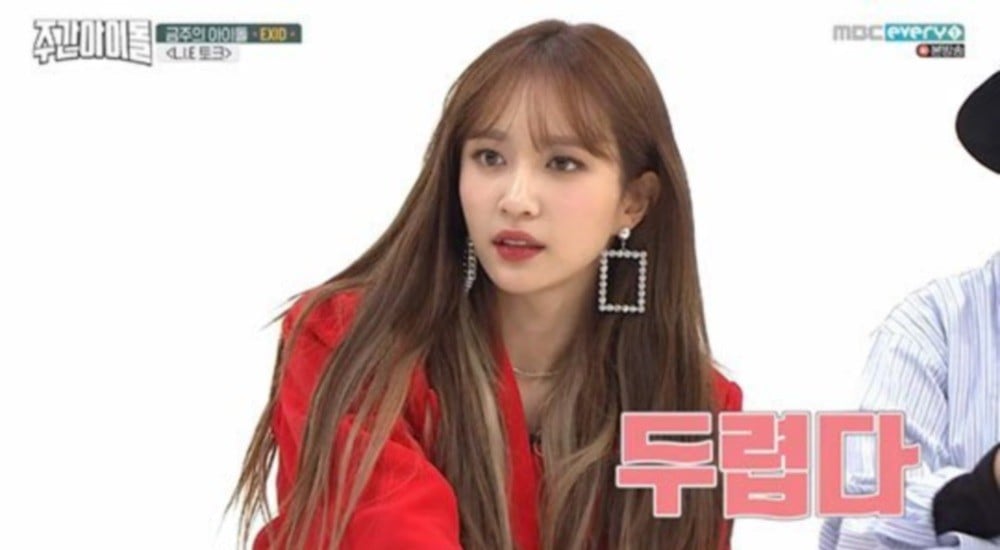 Hani revealed she was the reason EXID rose to fame.

On the November 28th installment of 'Weekly Idol', the girls of EXID featured as guests, and Hani was asked during a lie detector test whether she thinks she's why EXID became popular. She responded within one second, "Yes," and the hosts agreed her infamous fan cam of EXID's "Up & Down" did put them in headlines.

EXID then responded, "The first question is rough." Despite Hani's answer, the lie detector buzzed her, informing them it was a lie. She explained, "The reason EXID did well is because of all the members. I fired the signal, and it worked well thanks to the members. I said yes to mean I fired a signal."

idk why this is news worthy, it’s kind of a known fact that it was her Up&Down fancam that went viral and shot the song back up the charts 6months after its release and made EXID the icon of reversal and made them famous. She has one of the most viewed individual fancams.

i mean she kinda was

TV personality Kim Gu Ra & his wife revealed to have welcomed a healthy baby over the Chuseok holidays
3 hours ago   3   4,802

'The Late Late Show With James Corden' deletes videos of the host calling BTS's appearance at the UN 'unusual' in response to backlash from ARMYs
24 hours ago   138   81,720

Actor Nam Goong Min nonchalantly shuts down rumors of his alleged steroid use by uploading a photo of himself at the gym
2 days ago   59   43,851