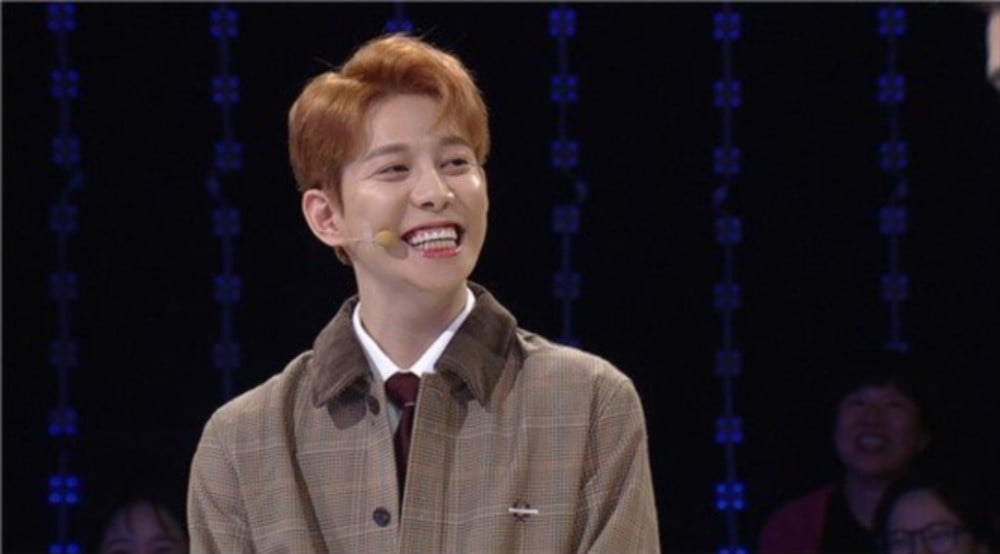 Block B's Park Kyung survived to become the last one standing on KBS '1 vs 100'!

On the November 13th installment of the show, Park Kyung eventually took the 50 million Won ($44,108.50 USD). The Block B member managed to survive until the end, and it eventually came down to him and audience member #60. Park Kyung expressed, "I'm thankful that #60 solved it well. I think it's come to what I was imagining."

As for whether he felt more nervous for the Mensa International exam or the quiz show, he responded, "I'm much more nervous now. To be honest, I'm more nervous than when Block B was going to get #1 for the first time." On where he'll be spending his prize money, Park Kyung said, "I want to give my mom spending money. The dish washer has a problem too, and I'm not able to give her much spending money. If I win the 50 million Won, I'd like to give it to my mom."

Kyungie is such a sweetheart!

This is so amazing, wow! Kyung stays winning! What an intellectual~

BTS fans trick local TV station into airing a birthday shoutout to Jungkook under the name 'John Guk'
3 hours ago   25   5,973

BTS fans trick local TV station into airing a birthday shoutout to Jungkook under the name 'John Guk'
3 hours ago   25   5,973

Big Hit Entertainment reiterates earlier statement of response to speech sample used in 'What Do You Think?'
17 hours ago   132   37,595