Angelina Jolie tours around universities in Seoul with her son Maddox 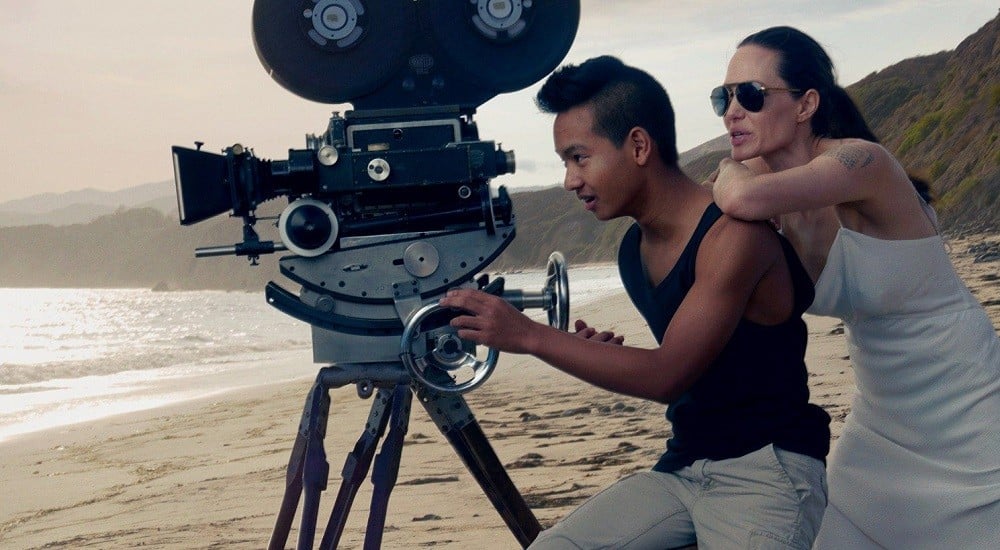 Hollywood celebrity Angelina Jolie and her sons were spotted in Seoul, Korea.
On November 3rd, 'People' magazine reported that Angelina Jolie and her eldest Maddox were in Seoul, touring around universities and visiting local eateries joined by Pax, her second eldest. Jolie had visited Korea as an envoy to UNHCR (United Nations High Commissioner for Refugees), eventually taking the opportunity to spend some quality time with her sons as well.
Maddox, 17-years-old, has been known to study Korean due to his deep interests in the culture. Hence, many have begun to wonder if Maddox has plans to enter a Korean university as a prospective student, to further his studies or career path.
Check out the photos taken at a local restaurant below -- Jolie having Korean BBQ with both Maddox and Pax (14-years-old)!

Nice for them and all but why is this news here? :/

2PM's Wooyoung speaks on early military discharge due to coronavirus
3 hours ago   3   3,317

'Superman is Back' addresses suspicions about show being scripted
37 minutes ago   0   3,716

The Rose reported to have filed to nullify their contracts with agency for failure of payments
13 hours ago   29   37,033

Netizens angry at Seolhyun for having fun in New York while South Korea is struggling through the Coronavirus outbreak
3 days ago   158   157,585