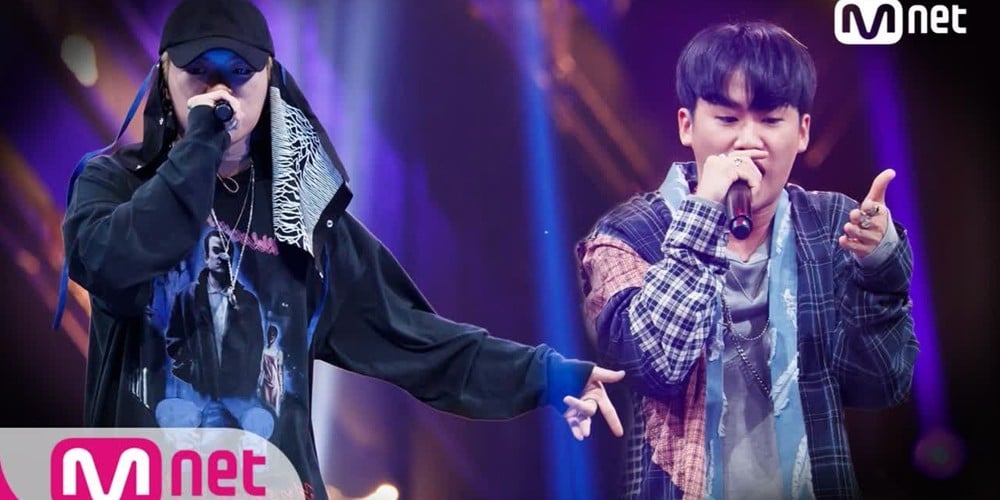 A series of fiery rap battles sparked on the October 12 airing of Mnet's 'Show Me The Money 777'!

Producer team Giriboy & Swings went up against team Deepflow & Nuksal for this week's team diss round. The first competitors to be matched up for a tense diss battle were: Nafla vs. Chaboom (above).

Next, in a 1-on-1 with ODEE vs. Kim Hyo Eun, Kim Hyo Eun suffered a critical loss after forgetting most of his lyrics:

In a creative diss battle between OLNL vs. EK, the quiet EK transformed his image with a very offensive strategy:

pH-1 was tasked with dissing 15-year old contestant D.Ark, but age played no factor in this fiery battle:

Next pair up, Kid Millie vs. Coogie:

Finally, rappers Superbee vs. Loopy, who are known for having dissed each other and their respective crews in the past, bared their fangs for the ultimate battle of the night:

After the successful team diss battle round, the show moved on to highlight the first main round where pH-1 and D.Ark met once again. Check out pH-1's first round track "Hate You" feat. Woo Won Jae, below.

The 37-year-old woman, who sued Kim Yong Gun for forcing her to have an abortion, responds to the veteran actor's latest statement
2 hours ago   22   8,610

ONEUS launch their 'ONEUS THEATRE' performance project with a teaser video of 'Shut Up and Crazy Hot!'
1 hour ago   0   263

Netizens are not liking the latest entertainment shows that are in the same format as 'Youn's Kitchen' and are calling these shows 'Fake Youn's Kitchen'
2 hours ago   5   7,922