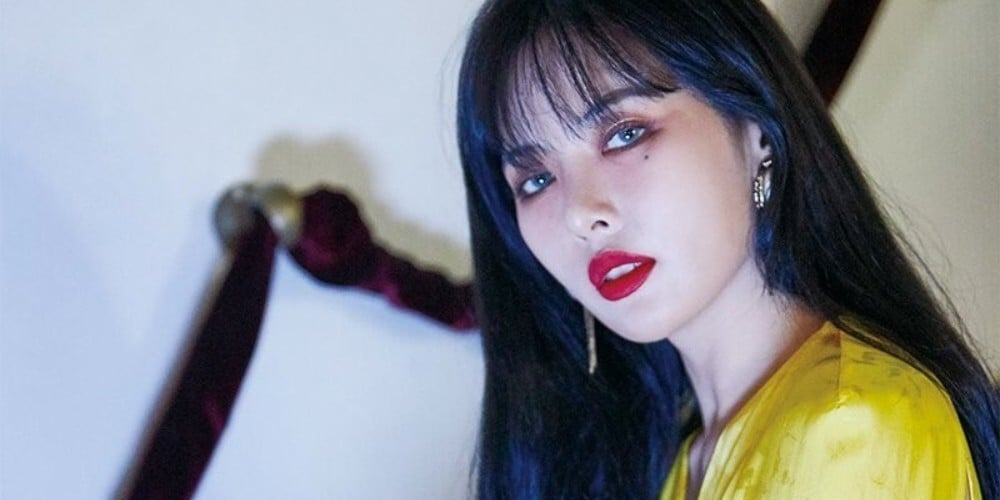 HyunA's letter to Cube Entertainment has been belatedly revealed following the news of her departure from the agency.


On October 15, Korean media outlet Hyundae News released a letter written by HyunA, and it sheds some light on the alleged circumstances surrounding her exit from Cube Entertainment. The letter started, "As you know well, my only sin is working my body to the bone for Cube Entertainment until now."

HyunA continued, "I don't know how enormous of a sin I've committed, but everything in my schedule has been canceled since September," referring to when she went public with her relationship with Pentagon's E'Dawn. She further stated, "They're making excuses and delaying things. My blood is drying up every day. I've been having a hard time waiting for these past two months. I've been kicked out of Cube Entertainment without my consent, and my image has fallen. If you can think back on the beautiful times, I hope that it can end beautifully too."

What are you thoughts on HyunA's letter? Her full letter is as follows:

"To: CEO Shin Dae Nam
As you probably know, the only thing I've ever done was do my very best for the Cube Entertainment that exists today.

Firstly, when I was parting ways with JYP, I was on Chairman Hong's side. Secondly, when there was a conflict between Chairman Hong and President Park Choong Min, I turned down President Park even when he tried to convince me and stood on the side of Chairman Hong. Thirdly, after Cube went public, the only thing I've done is do my best to help create the Cube that it has become today.

I don't know how great of a crime I've committed, but since the beginning of September, all of my schedules have been canceled. Then on September 13, I read the news of my removal. Even though I could've been told in person. I accepted everything and received notice of the early cancellation of my contract after a final discussion at the chairman's home in Mokdong on September 16. I've been told that a general meeting of stockholders will be held and that I would be told the results of the meeting, but I have not heard anything back so far. Things are being delayed with the excuse of above and below when we're all in the same building.

Everyday is torture for me. For these past two months, it has been too difficult for me to wait. I ask that you give a response by the 15th. Then, I would like for the contract to be canceled cleanly and gentlemanly. If I receive no response by then, I will go about it on my own through a press conference on the basis of the facts that have occurred thus far. I ask once again. I've only done my very best, deteriorating my health in order to sacrifice for the Cube that exists today. Despite my feelings, my image has hit rock bottom and my reputation has been tarnished because of my removal from Cube.

If you remember our beautiful memories, I ask that you resolve this issue beautifully and amicably. May Cube experience continuous and endless growth. Thank you.

Omg. No baby, your image is FAR from tarnished. CUBE's image is whats tarnished.

I didn't know she was going through this so deeply. She always seemed so happy and optimistic ... Wow :(

This feels so professionally written, I can only hope for the best for her.

The reason why Super Junior's Heechul is always praised every time there is news about a celebrity DUI
2 hours ago   6   14,188

Sung Hoon talks about the truth behind the dating rumors he was embroiled in
1 hour ago   1   4,230

Fans laugh as (G)I-DLE's Shuhua accidentally puts up her middle finger during a performance
4 hours ago   8   8,523

BTS's "Dynamite" awarded the 'Foreign Work Award' by the Japanese Society for Rights of Authors, Composers and Publishers (JASRAC)
3 minutes ago   0   21

Netflix drama 'Hunting Dogs' might have to refilm due to the recent DUI incident involving cast member Kim Sae Ron
23 minutes ago   2   1,255

Netizens and fans can't get over the fact that TWICE's Nayeon will be making her solo debut
1 hour ago   5   2,376