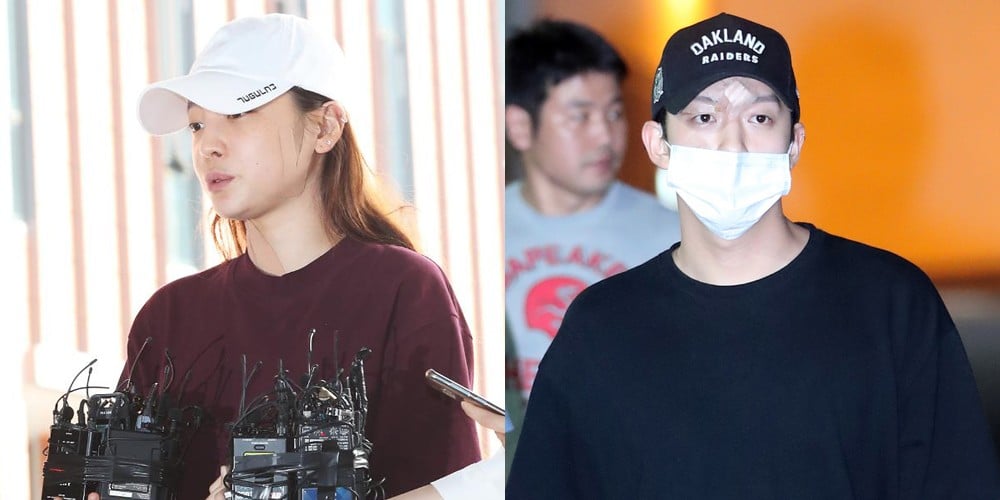 On October 4, media outlet 'Dispatch' revealed shocking audio containing evidence that Hara's ex-boyfriend, referred to as 'C' by 'Dispatch', threatened to upload footage of his and Hara's sexual relations on the web.

According to 'Dispatch', 'C' himself contacted the media outlet and claimed, "I have a report to make about Goo Hara. Please give me a call." It turned out, on the evening of September 13 after Hara and 'C's altercation, 'C' contacted 'Dispatch' around 1 AM KST and sent in his "report" about Hara. At approximately 2 AM KST on the same day, 'C' message Hara with footage of their previous sexual relations, and threatened, "I will send this to 'Dispatch" as well as "I'll end your celebrity career".

Furthermore, when Hara discovered that 'C' was in possession of video footage containing such content, she sought 'C' out and got down on her knees, begging him not to spread the footage online, reported 'Dispatch'. The media outlet stated that Hara on her knees was captured via CCTV, in the clip below.

After 'C' threatened Hara with two messages containing footage of their sexual relations, Hara contacted her former entertainment company head, asking for help. Then, later, Hara's younger sister 'B' also contacted 'C' regarding the threats. Read their conversation below:

'Dispatch's full video analysis of ex-boyfriend 'C's threat timeline can be found below. Meanwhile, back on September 27, Hara once again pressed charges against 'C' for threatening, forceful action, and more.
0 140,398 Share 100% Upvoted

EXID's LE to take legal action against perpetrator behind photoshopped nudes
6 hours ago   17   16,217

EXID's LE to take legal action against perpetrator behind photoshopped nudes
6 hours ago   17   16,217

Korean ARMYs Holds A Friendly Competition on Twitter To See Who Can Posts The Cutest / Sexiest Content of BTS V.
9 hours ago   12   4,391