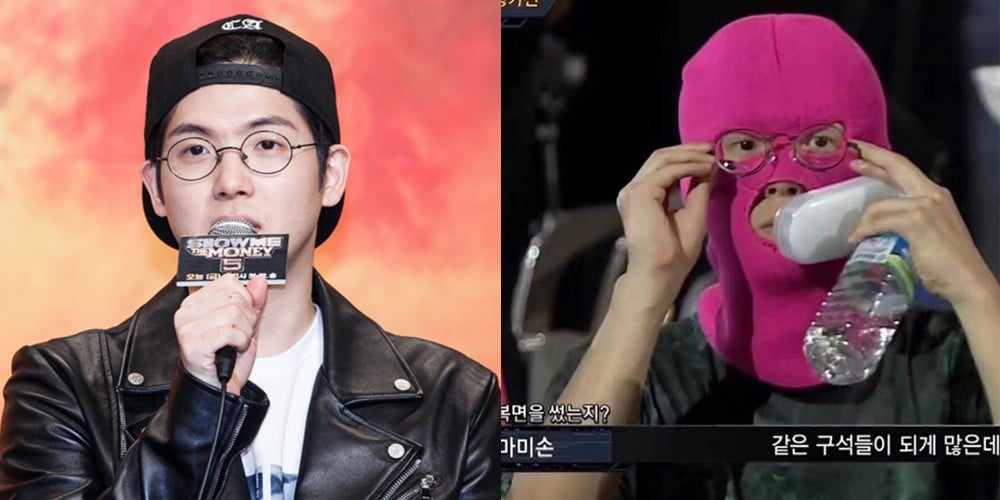 On the first episode of Mnet's 'Show Me The Money 777' aired on September 7, a mystery, pink-masked rapper caught the attention of viewers during the preliminary auditions.
The pink-masked rapper, who goes by the stage name Mommy's Hand, did not reveal his real face during his entire audition, and viewers were left to guess at his identity based on his facial features and rap style. Many suspicions pointed toward rapper Mad Clown - who not only auditioned for 'Show Me The Money 2', but also appeared as a producer on 'Show Me The Money 5'.
As more netizens began claiming that Mommy's Hand "has to be Mad Clown", the rapper in question took to his very own Instagram to refute the claims. Mad Clwon wrote, "Your gimmicking is too much;; He seems to be pretending for purely commercial reasons. Please do not relate me to him. It's unpleasant. #It'sNotMe."
Despite Mad Clown's denial, netizens still seem to be taking his Instagram post as sarcasm, more convinced that Mad Clown really is Mommy's Hand...?
Did you watch the premiere of 'Show Me The Money 777'?

An alleged high school classmate of Nam Joo Hyuk claims that there was no bullying
8 hours ago   13   7,579

"Korea slanders China, we don't do counterfeits," Chinese netizens become outraged about a scene from 'Anna' starring Suzy that was based on an actual event
1 day ago   79   50,313

'Rolling Stone' "BLACKPINK The World's Biggest Girl Group continues their reign as the Most Followed Music Act in YouTube History" after surpassing 75 Million subscribers
2 days ago   81   5,486

Korean netizens discuss what they think about male idols not shaving their armpit hair
2 days ago   55   73,042