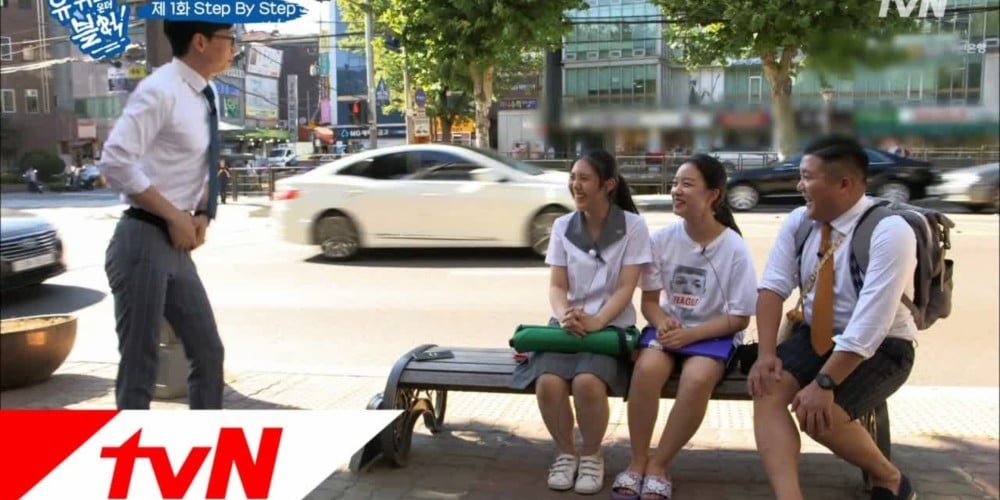 Yoo Jae Suk treated EXO fans with a mini performance.
On August 29, tvN aired the first episode of the new variety show 'You Quiz On The Block'. Yoo Jae Suk and Jo Se Ho roamed the streets in order to find the 'Quiz King'.
During their search, the pair took the time to interview the passerby. One of the interviewees were high school girls. The students revealed they're big fans of EXO and shared they've watched Yoo Jae Suk and EXO's collaboration performance of "Dancing King" a total of 9 times.
Jo Se Ho suggested Yoo Jae Suk show the moves on the spot. The producer asked if they should turn the music on, however, Yoo Jae Suk rejected and brought laughter as he said, "Things can get too big if there's music. I'll just dance the highlight parts."
Yoo Jae Suk showed off his moves but startled Jo Se Ho and the girls with his awkward performance.
Watch his abrupt dance performance in the clip. 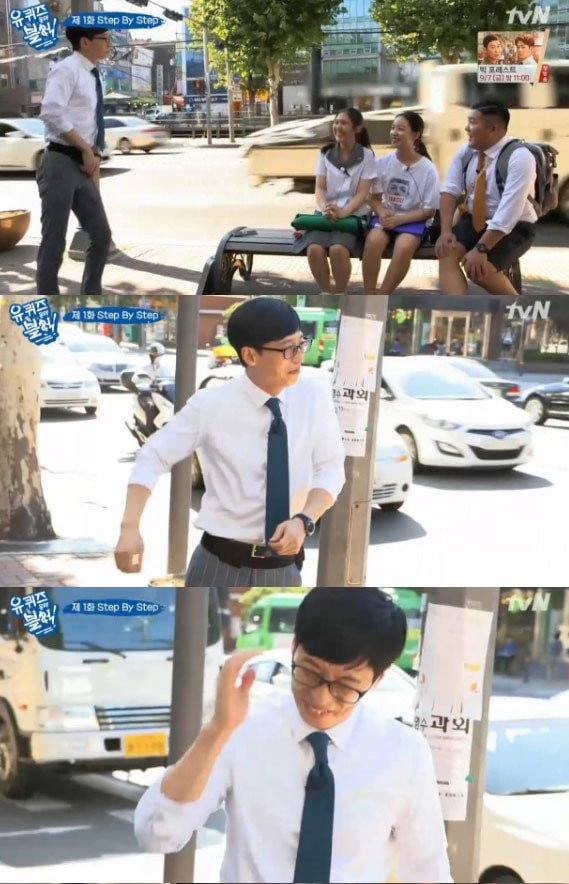 Brave Girls change the album cover to 'Rollin'' per fans' request as song continues to climb up realtime charts
4 hours ago   17   10,253

DSP Media confirmed to have filed a lawsuit against malicious netizen who photoshopped threatening comments with April member Naeun's SNS photo
5 hours ago   12   6,665

Mido & Parasol members from 'Hospital Playlist' gather around for a cozy winter trip on 'Camping Playlist'
1 hour ago   8   1,689

All members of SF9 renew their contracts with FNC Entertainment
2 hours ago   4   2,284

[TW] Person claiming to be Hyunjoo's little brother says she left April because she was bullied by the members to the point where she got suicidal
2 days ago   104   40,607

German radio DJ releases an apology after his Instagram is flooded with angry comments
4 days ago   89   28,928