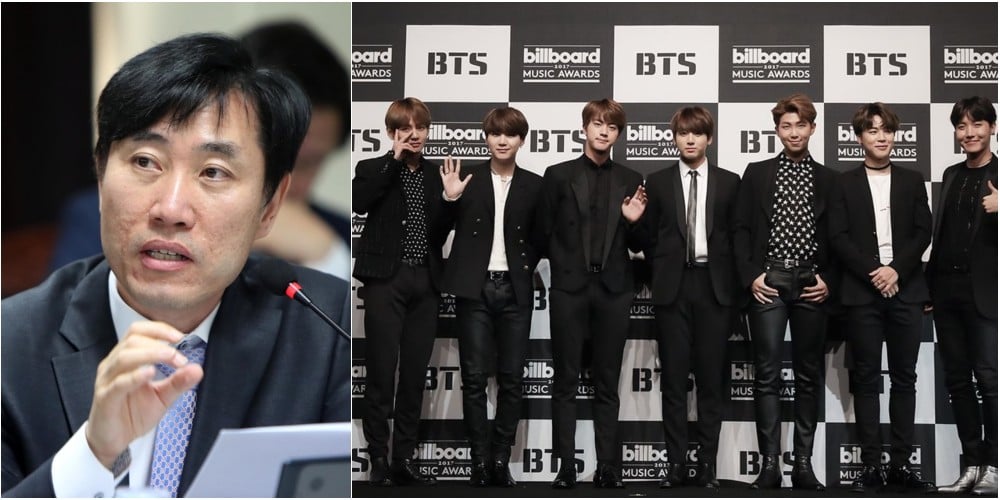 Ha Tae Kyung of The Bareun Mirae Party is calling for a change in the military exemption policy.
At The National Defense Commission meeting on July 25, Ha Tae Kyung stated, "There are many requests asking military exemption for BTS, so I've taken a look at the list of national events giving military exemption and noticed there is an issue in the equality."
He continued, "You are given an exemption if you win #1 in violin, piano, and classical music competitions. However, you are not given an exemption for ranking No.1 on the Billboard chart."
Ha Tae Kyung added, "Psy made a world record with YouTube views. The influence he had on the people around the world was tremendous. However, everything that is capable of giving dreams and inspiration to the younger generation has been omitted from the military exemption list."
"You can find a winner of a ballet competition (on the list) but not a winner of b-boying competitions. There's none for winners of e-sports competitions/gaming which dominate the world. There's also none for film," said Ha Tae Kyung. He emphasized, "There needs to be a reform that suits the level of the younger generation."
To this, military service director Ki Chang Soo stated, "The issues on military exemption is decided in discussion with the Ministry of Culture, Sports, and Tourism", and added, "It shouldn't be hard if we can gain national agreement (from citizens). We will overlook the issue so it could be met in realistic terms."
Share this article
Facebook
Twitter
0 220,325 Share 100% Upvoted

'The Late Late Show With James Corden' deletes videos of the host calling BTS's appearance at the UN 'unusual' in response to backlash from ARMYs
2 days ago   142   90,274