KHAN open up on their teamwork, strengths, goals, and more 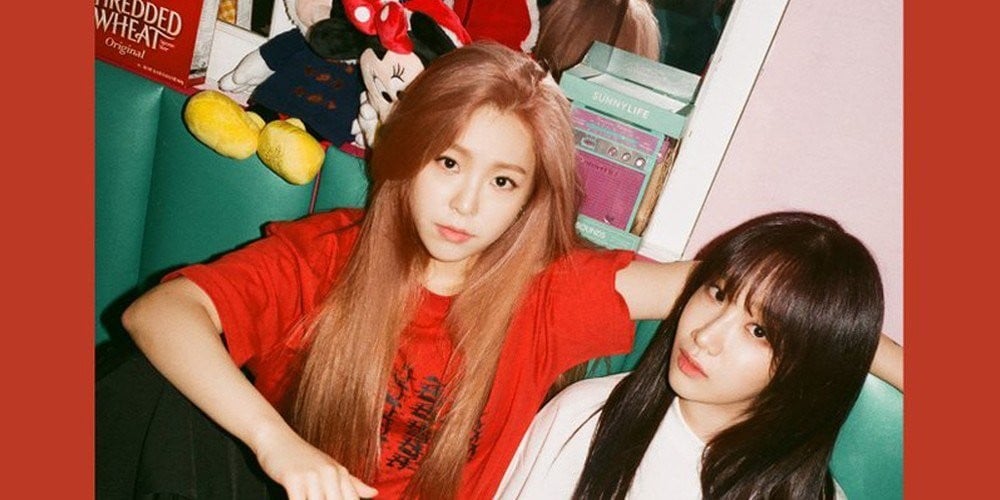 KHAN's Euna Kim and Jeon Min Ju held a sit-down interview with media outlet MyDaily recently, opening up about their former group The Ark, and more.
Euna Kim started, "Because it took a long time to debut, I feel that we definitely need to show ourselves to everyone and keep our minds firm." Jeon Min Ju added, "I want to see it to the end. I am wiling to go to the end with all my heart as we know more than anyone else of each other and the difficulties we went through. I want to do this for a long time."
The two members chose their live performance as their greatest strength. "Live practices? We practiced recklessly. We put the song on repeat and continued to practice over and over again. I cried alone and even thought maybe I shouldn't be a singer," Jeon Min Ju said.
Lastly, KHAN spoke about their future goals. Jeon Min Ju started, "When people mention female duos, they think of Davichi, Bolbbalgan4, and other vocally focused duos but because we are able to sing, rap, dance, and more, I hope we become a refreshing female duo." Euna Kim added, "As we are just starting, there are many stages we have yet to step on. For example, ceremonies or 'MAMA'. We want to work hard so that people will think we deserve to perform on those stages."
Meanwhile, KHAN recently made their debut with "I'm Your Girl?" and have been promoting actively on various music programs as well variety shows.
Share this article
Facebook
Twitter
0 5,521 Share 100% Upvoted

Model Park Young Sun reveals a time she was humiliated by an idol group manager
22 minutes ago   1   1,316

F.T. Island's Hongki opens up about his hobbies + reveals he is currently working on a song for his group on 'Jessi's Showterview'
58 minutes ago   0   272

Reporter Lee Jin Ho says that actress Heo Yi Jae should reveal the name of the actor who asked her to sleep with him
2 days ago   85   19,570

Hyunjoo reveals she has been sued by two April members for defamation, opens up about the financial strain of facing multiple lawsuits
1 day ago   108   37,340

Netizens show mixed reactions to BLACKPINK member Rose's eye makeup at the Met Gala + wonder if it's a popular trend in the United States
2 days ago   157   70,865