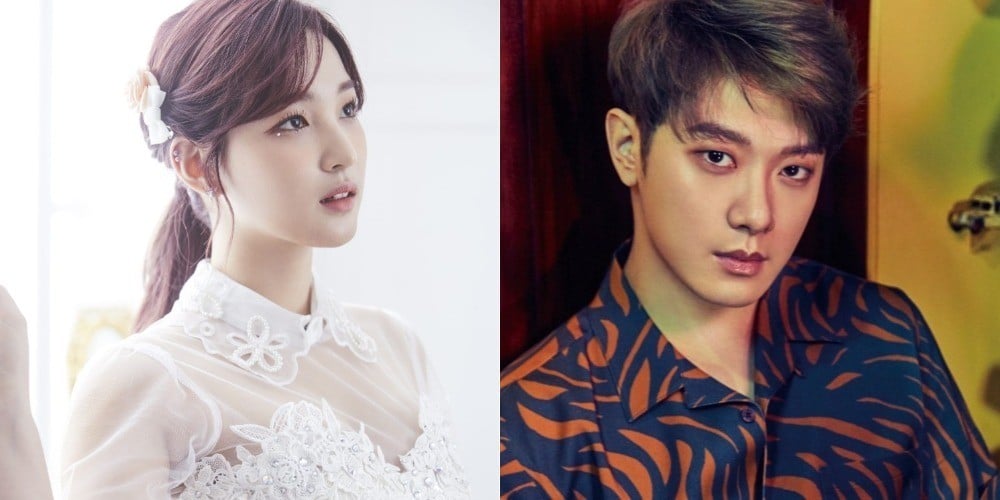 F.T. Island's Minhwan and former LABOUM member Yulhee have set their wedding date!
On May 9, Minhwan made the announcement about Yulhee's pregnancy and their upcoming wedding on his official fan cafe.
The idol stated, "I think many of you were startled by our public relationship announcement last year and sudden engagement news earlier this year. I wanted to deliver my sincerity rather than the typical greetings so I'm leaving this message here."
He continued, "To be honest, at first, I was scared and didn't know how to share the news with you. I was worried that I might disappoint you guys who've been giving me unchanging support for the past 10 years since I made my debut at a young age of 16. So that's why I'm sharing the news now after time has flown by... Now when I've finally organized my thoughts."
Minhwan announced, "I'm becoming a dad soon!! I'm still very young and not sufficient enough to become a father... But I'm really trying my best to become a good, proud dad. I wanted to deliver this delightful news to you guys first. The baby's nickname is Jjang-Ee. I want to show the baby to you guys when the baby is born!! The baby is already so beautiful when I see the ultrasound photos. We plan to hold our wedding on October 19 after my wife has recovered her body.
I've worked hard as a maknae drummer of F.T. Island up till now but I'll be more mindful of who's around me from now on. The world suddenly looked very different after I decided on our marriage and became a dad. Each day is precious and grateful.
A new part of my life is starting for me who has become one person's husband and one baby's father. And like how the past has become a good memory, I hope the present also becomes a good memory.
I'll live happily!! Please give much support!! I sincerely appreciate you guys!"
Congratulations!
Share this article
Facebook
Twitter
0 132,840 Share 100% Upvoted

Shannon Williams says she cringes at her own voice while playing Valorant
4 hours ago   3   4,841

BTS V's fanbases donate for #BlackLivesMatter movement and join the fight against racism
5 hours ago   22   2,858

Informant A reveals that BTS Suga was well aware it was Jim Jones' speech and intentionally sampled it for his mixtape
2 days ago   249   52,353