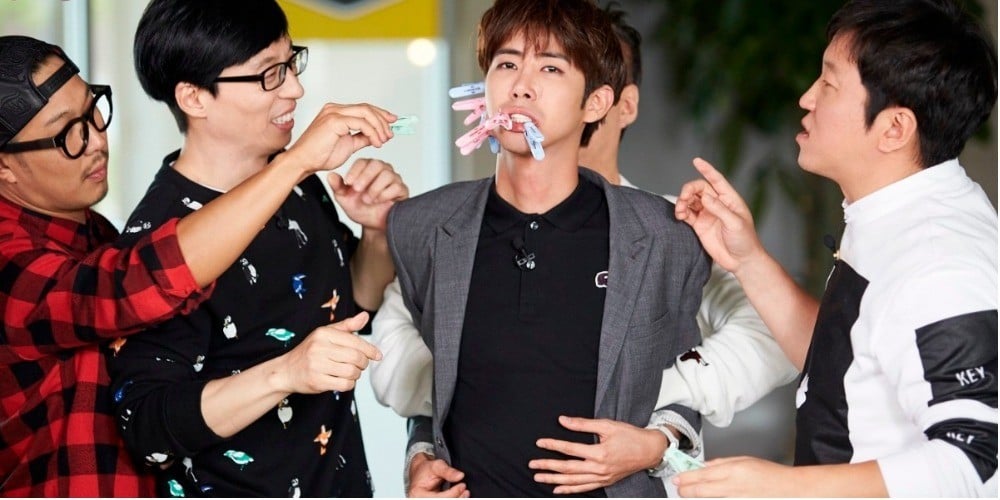 Producer Kim Tae Ho of MBC's 'Infinity Challenge' shared how Kwanghee reacted to the news of the show coming to an end.
In an interview with Ilgan Sports, Kim Tae Ho PD revealed, "I heard he cried a lot in the military. He called Yang Se Hyung and the show's scriptwriter and told them he's really sad about 'Infinity Challenge' coming to an end and bawled his eyes out."
Back in April 2015, Kwanghee won the 'Sixth Man' of 'Infinity Challenge'. He was a fixed member on the popular variety show up till his military enlistment in March 2017. He's scheduled to get discharged in 2019 after 2 years of service.
Share this article
Facebook
Twitter
0 23,787 Share 100% Upvoted

SM takes legal action as the individuals who spread false information about EXO's Chanyeol was sent to prosecution
3 hours ago   34   3,260

Woo!ah! kicks off individual concept photos with teasers of member Wooyeon
2 hours ago   0   523

BTS's V joins names such as Barack Obama and Taylor Swift on "You vs. People Your Age" list of most accomplished individuals
2 days ago   109   21,359

Netizens surprised by the results of one street survey, asking Koreans 'Who is the most famous Japanese celebrity in Korea?'
2 days ago   78   82,836