MAMAMOO talk about their friendship and promotional goals in 'CeCi' 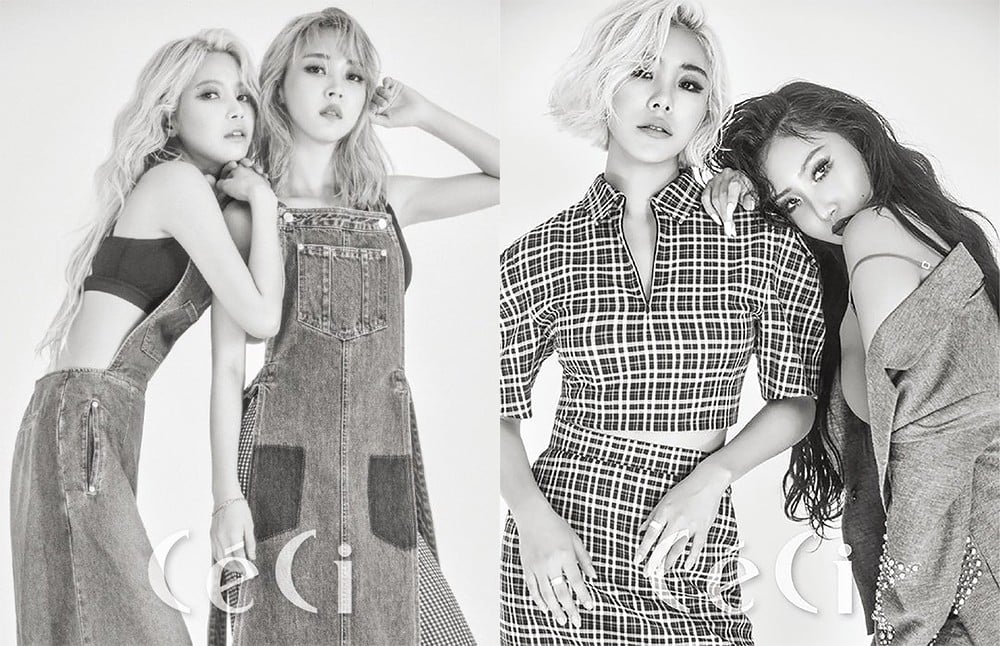 MAMAMOO posed for the April issue of 'CeCi'!

The concept of the photoshoot was 'starry night', just like their title song, while in their interview, the girls talked about their comeback. Solar said, "This album is our biggest project this year. We started it with a lot of hopes, so we're spending every day happily because so many people like it."

Whee In added, "It's been 5 years since we debuted and the beagle image that fans like is part of MAMAMOO. But we did want to show our 'artist' side since we are musicians. A lot of people see us that way through this song, so I think we got to at least 10% of my goal."

The girls were also asked if they've seen a star-filled night sky recently. Moon Byul answered, "I saw the night sky in New Zealand, where we filmed our MV, and you could see the stars so clearly. It was my first time looking at the stars so up close. I was touched and thought, 'I'm able to see a night sky like this'. It's like I've found my reason to live."

On MAMAMOO's friendship, Hwa Sa said, "MAMAMOO members are friends we all earned through promotions. I want to be happy even 10 years later by eating together."

The group's full photoshoot will be available in the April issue of 'CeCi'.

One of the biggest online communities lists idol members by popularity
13 hours ago   60   24,512

BTS’s V becomes the master of the holy trinity of entertainment as he adds an award for ‘Best OST’ to his existing collection of awards for acting and dancing
15 hours ago   34   6,754

Netizens react coldly to the news that Park Yoochun will be starting his own YouTube channel
3 days ago   106   21,253