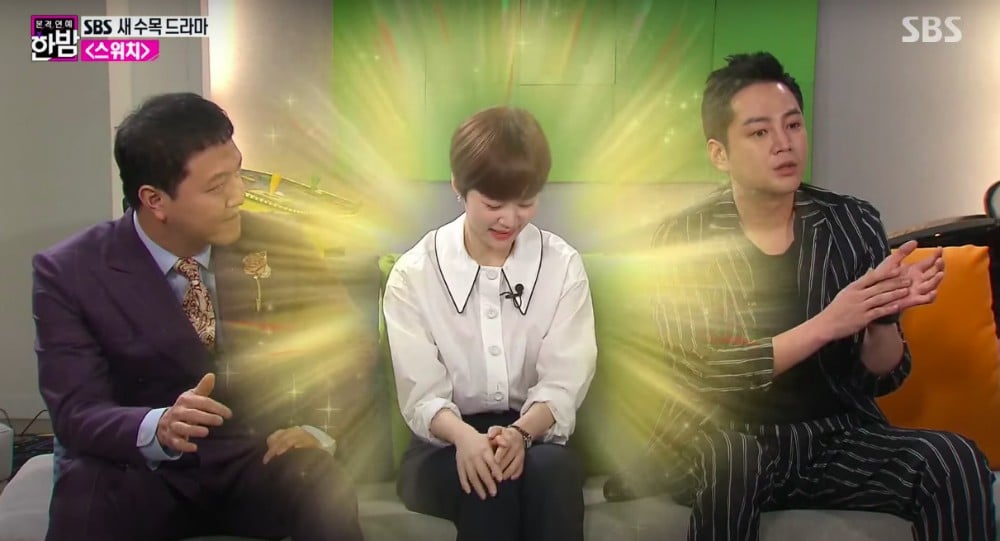 Jang Geun SukÝrevealed that he thought his co-star Han Ye Ri had a crush on him when they first started working together.

During the March 27 installment ofÝSBS'Ý'One Night of TV Entertainment', stars of the upcoming film 'Switch - Change the World' appeared on the show for an interview. On this day, Jang Geun SukÝremarked, "Because the film [schedule] was so tight, we filmed all night and the next day I had to act out a scene where my character was hospitalized. In the process, I really fell asleep."Ý

He continued, "Every time the camera location changed, she cleaned up all the blankets and helped set up everything for me,Ýand quietly took care of me so at first, I thought, 'does she like me?'" Jang Geun Suk finished by saying, "As she took care of me so well, I was wondering why she behaving like this towards me but I realized she did that for other actors as well," creating laughter in the studio.

'Switch - Change the World' is set to release on March 28. Will you be watching? 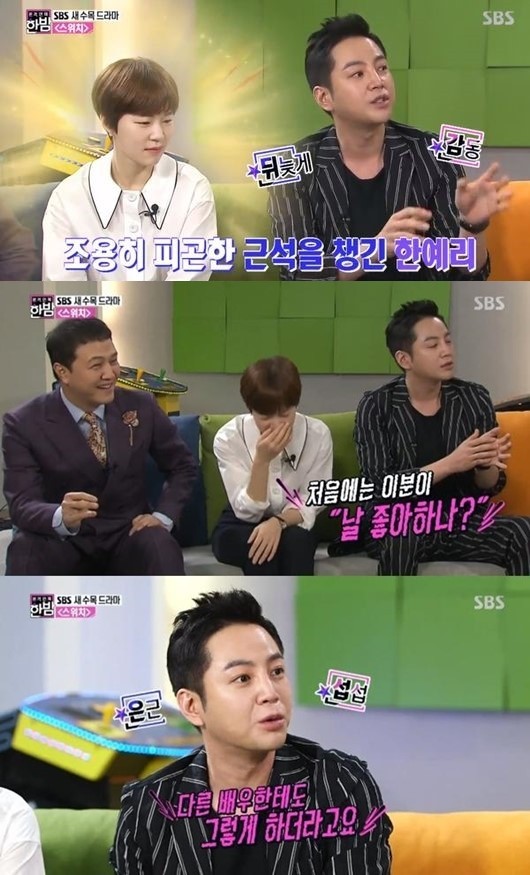 Taemin gives a snippet of this charismatic music video through the second teaser for 'Advice'
4 hours ago   10   21,158

BoA's brother, Kwon Soon Wook, talks about how cold and discouraging the doctors are after being diagnosed with stage 4 cancer
17 minutes ago   4   1,146

Woo!ah! kicks off individual concept photos with teasers of member Wooyeon
43 minutes ago   0   317