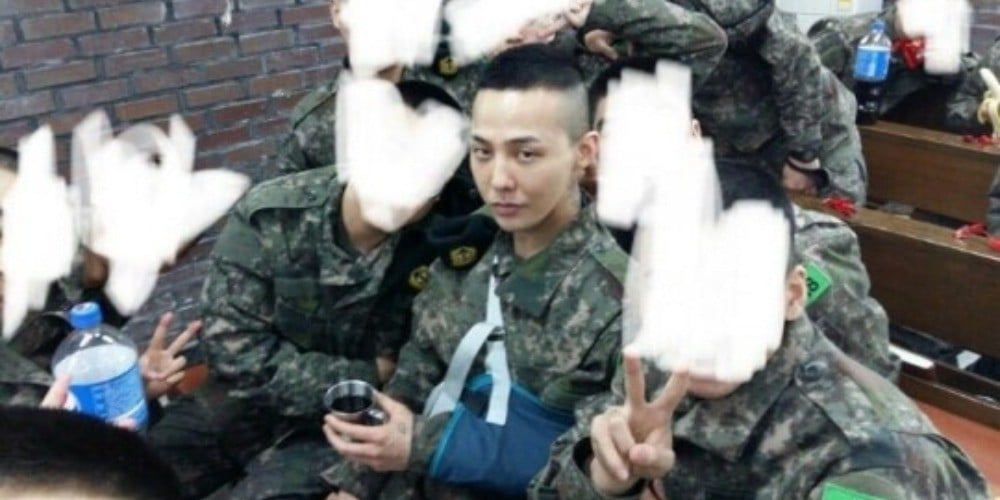 More photos of G-Dragon in the military are roaming the web.

Recently, photos of G-Dragon posing with his fellow soldiers popped up online. In the first set of cuts, he is spotted with an ankle protector.

In another image revealed on March 19, G-Dragon is captured with an arm sling.

Seeing the ankle protector and arm sling, fans grew concerned about G-Dragon's health. Comments stated, "Did he hurt his ankle and arm?? It's only been a few days since he enlisted... Why did he get hurt TT Don't be sick, Return safely", "He still looks good with the military uniform. But why is he so injured? Be careful", "Don't hurt yourself oppa TT"

Currently, G-Dragon is training in the 3rd Infantry or the 'White Skull' division. He is scheduled to get discharged in November 2019.

Foreign stalker of TWICE's Mina reportedly questioned by police for visiting her home in Japan
10 hours ago   56   50,023

Hyolyn reveals practice video of first TV performance since controversy on 'The Voice Queen'
2 hours ago   2   3,544

Foreign stalker of TWICE's Mina reportedly questioned by police for visiting her home in Japan
10 hours ago   56   50,023

Momoland's label to take legal action on members' behalf due to social media harassment
24 hours ago   11   7,539