Kim Ji Won describes the time when she cried the most 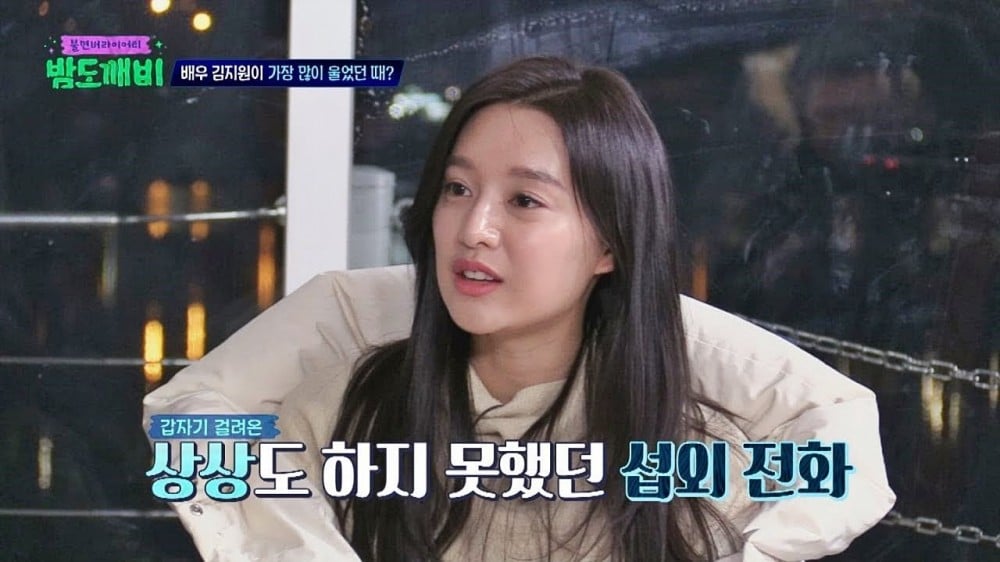 Kim Ji Won revealed the time she cried the most.

During the February 4 broadcast of 'Night Goblin', Kim Ji Won described the time she cried the most. After many guesses, Jung Hyung Don eventually got the correct answer which was the moment the actress was cast for a role in the mega-hit drama, 'Descendants of the Sun' by the famous and successful screenwriter, Kim Eun Sook.

She said, "I was already a big fan of Kim Eun Sook because we worked together for 'The Heirs' but I wondered if I would ever receive such a chance again. I heard they were casting for 'Descendants of the Sun' but had no idea it would come to me. She contacted me and asked if I would give it a shot, so on that day, I cried a lot while holding the phone."

AKP BUZZ
Koreans donate to "brother" Turkey for the wildfires after seeing Turkish volleyball players in tears
2 hours ago   19   7,681

Employees at a Chinese company allegedly fired for discussing the possibilities of having Kris Wu represent the brand
4 hours ago   24   10,371

AKP BUZZ
Koreans donate to "brother" Turkey for the wildfires after seeing Turkish volleyball players in tears
2 hours ago   19   7,681

BLACKPINK's Jennie gains attention for wearing a chain accessory around her thin waist, netizens predict it will start a new fashion trend
16 hours ago   88   86,545