One of the CEOs from RBW Entertainment, Kim Jin Woo, is currently under fire for sharing a link to the controversial online community site Ilbe.

On October 7, Kim Jin Woo (co-CEO and co-founder of RBW Entertainment), shared a link via his personal Facebook page that leads to the controversial website Ilbe. The post/issue has gone viral as MAMAMOO fans criticized him and became worried as such an incident could affect the image of MAMAMOO and the company itself.

The website Ilbe is highly frowned upon and criticized widely across the Internet world especially in Korea as they are infamous for using and making controversial/negative comments to gain attention. Through their freedom of speech rights, the site has stirred up many problems even beyond the web world.

Since the incident blew up, Kim Jin Woo released a statement through RBW Entertainment's official Facebook account. It reads as the following:

"Hello everyone, this is CEO Kim Jin Woo. Yesterday, October 7, 2017, my personal Facebook account was hacked and the person responsible shared a link in which I'm not subscribed to. As soon as I found out about the situation, I requested my Instagram and Facebook accounts to be deleted and has been done so. I would like to say once again that I have never subscribed to the site and have never left any comments either. What the fans are worried about is not true and I am writing this to prevent any controversy from growing further. I, too, am also very shocked and taken back by the situation. I apologize to all fans whom I may have caused inconvenience to. I hope everyone spends the rest of Chuseok holiday well."

After seeing the post, however, netizens remained very doubtful on the matter and the apology itself, commenting, "Don't you have to first find the person who hacked your account and press charges before deleting your account?", "Why don't you just say a cat hacked your account? smh", "Ilbemoo", "What kind of a hacker only shares an Ilbe account and just logs off. You call yourself a CEO but hurt the images of your own artists", "Just step down, hacking my a**", and much more. 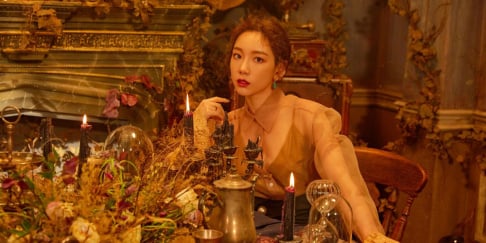 Netizens compare and select which entertainment agency building they prefer out of the Big 4
2 days ago   114   61,931