JYJ's Jaejoong secretly visits a fan who fell into a coma

On April 4, Thai magazine The Bridges Magazine reported JYJ's Jaejoong visiting a fan who had been hospitalized in critical condition.

The singer went to see Rapiphorn Nasaarn also known as Min who was hospitalized after falling into a coma yesterday in South Korea wearing a black cap and mask.  Seeing this, Jaejoong prayed for her fast recovery and donated 20 million KRW (around $18,000) to her father Theerapong Nasaarn while staying for about twenty minutes.

Min who is a huge fan of K-pop and Jaejoong went to see him live at a Bangkok concert last March.  It was said Min had been traveling in South Korea when she felt ill.  After hearing the sudden news from Jaejoong's Thai friend and from the Korean Entertainment Management Association, he visited her just a day after he returned from Taiwan for his Asian tour.

The director of the Korean Entertainment Management Association, Lee Ill Woo who visited the patient with the star commented that Jaejoong did not want to let Korean press/reporters to know about the visit and wished to keep things private.  The director revealed that Jaejoong said it's all thanks to the fans that he gets to be a singer. Without them, he wouldn't be where he is at today. Jaejoong stated, "I just wanted to help my fan, nothing more."

Later, Jaejoong took a photo with Min and told her father to hand it to her when she wakes up from the coma.

BTS’ Jungkook's Spotify playlist records the most unique listeners and followers among BTS and Euphoria is the 16th most streamed BTS song on Spotify
4 hours ago   4   4,194

Many of EXO's biggest fanbases release statements supporting Chen + fans say media like MBC report only on a very small minority that doesn't represent the fandom
2 hours ago   8   1,806

Many of EXO's biggest fanbases release statements supporting Chen + fans say media like MBC report only on a very small minority that doesn't represent the fandom
2 hours ago   8   1,806

Fans think YG has trademarked 'Baby Monsters' as the name of their newest girl group survival series
16 hours ago   38   37,675 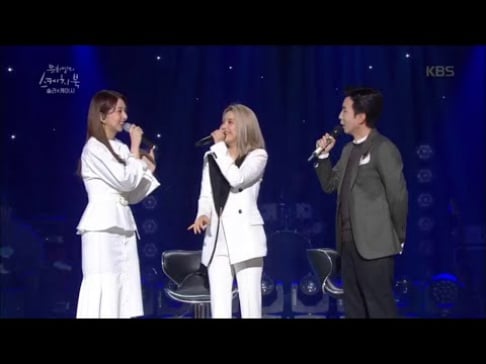