The girl group are returning with "Du Dum Chit" as their title track on September 26, but before then they'll hold their comeback showcase on the 23rd. Fans have been waiting a year and 6 months for Crayon Pop to return, and they'll be going with their usual upbeat style. "Du Dum Chit" is described as a retro track with a club beat.

Chrome Entertainment also stated Crayon Pop went for a complete overhaul, stepping away from their helmet concept. Their upcoming comeback is also the group's first ever 'DIY' album, meaning the members took over the reigns for the album's entire production from logo making, MV filming, and more.

Sulli's brother further claims that their father never attended the burial
10 hours ago   34   36,067

Jae and Sorn respond to hilarious Google search results compared to their groupmates
20 minutes ago   0   3,004 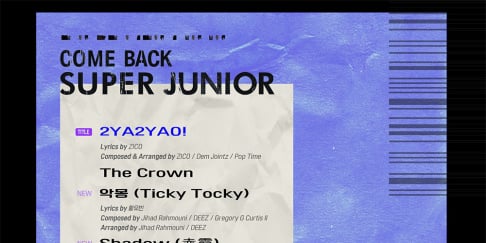 Sulli's brother further claims that their father never attended the burial
10 hours ago   34   36,067

Netizens talk about the contrasting charms of female idols found in the same group
4 hours ago   1   15,223

Former X1 members Lee Han Gyul and Nam Do Hyon get ready for their first fanmeeting with teaser poster
24 hours ago   0   4,832