This is Way Back Wednesday where we feature a blast from the past.

SM Entertainment is the biggest of the Big 3, having the largest market cap on Korea's KOSDAQ. The company might be a huge entity now but it had humble beginnings. After studying and earning a Master's degree at California State University, Northridge, Lee Soo Man returned to Korea in 1989 and officially established 'SM Studio'. Lee Soo Man was exposed to American music during his stay and this was around the time MTV became a major force. With this in mind, he returned to Korea with a clear vision on how he wanted to change the Korean music landscape.

Hyun Jin Young was born in Seoul on February 3, 1971. He grew up in Gijichon, near a U.S. military base and his interactions with the American soldiers and their children exposed him to Hip Hop at a very early age. He was never good in school and his mind was always on dancing and rapping, so he dropped out of high school. One day he came across Lee Soo Man's audition and decided to try out.

This might seem tame and a bit silly now but back then it was game changing and even a bit controversial. He introduced a bit of swag, rapping, and hip hop to Korea. Unfortunately for him and Lee Soo Man, the first album flopped with poor sales. (Interesting note: Hyun Jin Young's backup dancers would go on to become influential Hip Hop artists in their own right - Deux and Clon).

After restrategizing, Hyun Jin Young returned to the music scene in 1992. This time he was even more Hip Hop influenced and wore popular urban clothing including Cross Colours.

His career was projecting upwards but unfortunately for him, he was caught with drugs and went to jail in 1993. He never really recovered from this and his name slowly faded away over time. Lee Soo Man had also moved on and changed 'SM Studio' to 'SM Entertainment' in 1995. Legendary group H.O.T. made their debut that year with the hip hop theme "Warrior's Descendant" but after that release, Lee Soo Man and SM shifted their focus from hip hop to other genres.

Hyun Jin Young recently appeared on variety shows after filing for bankruptcy in 2014. He revealed how in his heyday he would spend upwards of $150,000 on his credit card to buy gifts for friends and family. Unfortunately, those bad spending habits resulted in financial difficulty.

Seo Taiji is often credited as the pioneer of hip hop in Korea but it was actually Hyun Jin Young who introduced Korea to hip hop. He might be forgotten by many people but he'll always be inside the dim memory of Korean hip hop fans of the early 90's. 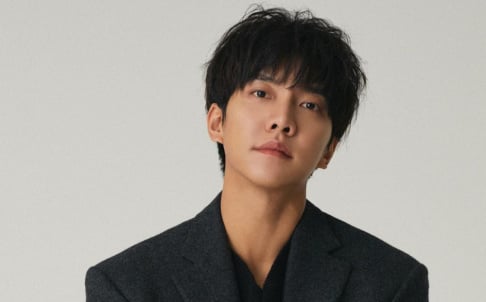 Girls' Generation's Sunny shows her support for KARA after watching them perform at the 2022 MAMA Awards
6 hours ago   9   7,814

K-netizens react to news that a Prime Video documentary film titled 'Lee Soo Man: The King of K-Pop' is currently in the works
24 hours ago   39   8,265